For the first time in a while I seem to have seen a few of the movies which all the fuss is about. As you know, I have never been one to fully embrace the full movie “experience” (see And The Winner Isn’t (Original Screenplay)) so it’s usually been the case of waiting til it comes out on DVD or Virgin (and no, I don’t have NETFLIX) before I get to see what everyone else has seen before me (which usually means I know the storyline. I haven’t yet seen Skyfall , for example, but thanks to those around me, I already know the surprises and twists and unexpected deaths).

This year,however, things are a little different. I have managed to see American Hustle, Gravity, and 12 Years a Slave. I will be seeing very soon Wolf of Wall Street, and there is this bloke who knows a bloke who knows a bloke who can get me a copy of Texas Buyers Club, Nabraska and Captain Phillips, should I fancy them and don’t mind breaking the law (heaven forfend). All this means that I will have the opportunity to see the bulk of the Oscar-nominated movies before the ceremony actually begins (not that I’m ever likely to see the ceremony, unless I pay Messrs Branson & Murdoch a lot of money. Which I won’t ever again). 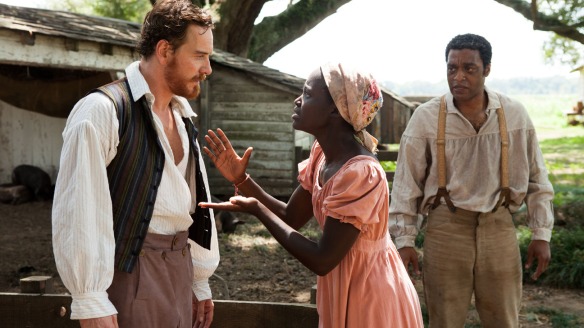 So without giving away the plot to anyone who hasn’t see any of the above, I shall give you my considered and informed opinion and verdict on Hustle, Gravity and Slave.

Gravity is a bit of fun and effects — but I hate 3D movies: all that playing with the glasses,  lifting them up & down while you’re sitting in the cinema puts me off the plot. Fortunately there’s not much of one to be put off. Clooney is charming, Bullock acts well again and er…that’s it.

Hustle is a masterclass of period detail. Well done the wardrobe dept. The girls play their parts well. erm….

Slave is 2 hrs 14 minutes of wanting something rather good to stop. (a bit like watching Charlton Athletic, without the ‘rather good’ bit). The 3 main, nominated actors are very good indeed. But…

You see…maybe I’m getting old and stuck in my ways (“No! NO! surely not!” I don’t hear you cry) but Gravity doesn’t have the feeling of epicness which 2001, Apollo 13, Moon, Silent Running or even Star Wars had/has. Hustle is a great study of the 70s, but no better than Boogie Nights, and certainly no Carlito’s Way. And Slave is a very worthy and sad movie, with a tale that needs to be told, and watched. But Schindler’ List it ain’t.

There is a movie called Prisoners, which is a rather under-stated thriller(nominated for Roger Deakins‘ photography) that is worth a look, but it’s not making many headlines, sadly.

So there you have it: Some good films indeed, just not great films. Nothing with the impact of watching the first 28 minutes of Saving Private Ryan, seeing The Godfather for the first time (or the tenth time), no The Right Stuff or even a Milk.

So by way of a trip down memory lane, when the movies really did seem to live with you long after you left the cinema (I’ve already forgotten the plot to American Hustle) and as an excuse to show some pretty cool snaps from behind the scenes (decent movie or not), have a little browse thru this lot.

They’ll have you screaming for the return of Blockbuster Video.

The Birds. “What’s my motivation for this ?”

The Godfather.”I reckon this is gonna be worth one sequel, at the very most”

Apocalypse Now. “I Hate the taste of Pepsi in the Morning” 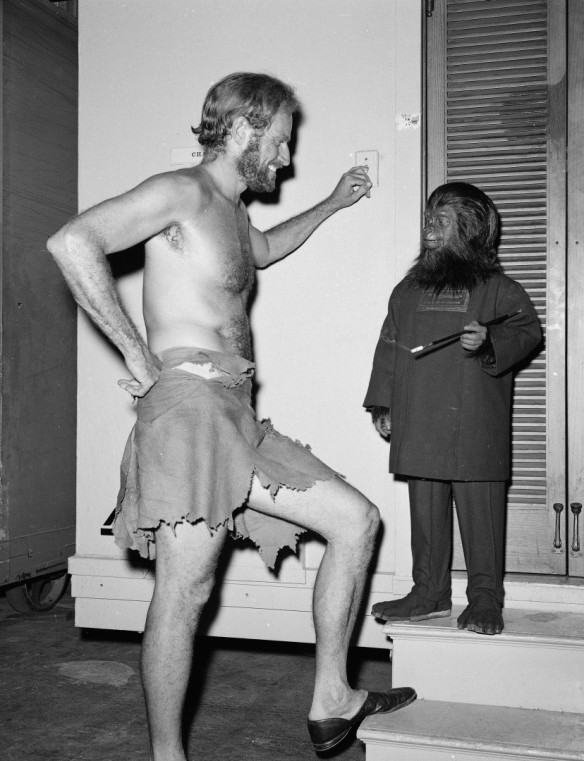 Planet of the Apes “Put your stinking cigarette out, you damn dirty ape! Want to buy a gun?” 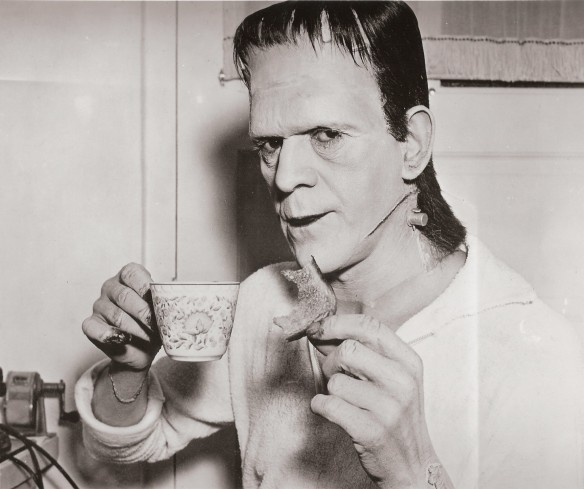 Psycho. “Don’t worry, my boy. After this role, the job offers will just fly in”

John Arlott and Ralph Richardson from 1950. A little gem covering everything you wanted to know about The Ashes and cricket. No, much more than that, madam.

This week’s prize is an all-expenses paid trip for one to see the highly acclaimed Derek Pringle on Ice, currently closing at The Theatre Royal, Reculver.

Please supply a caption for the following . (NB: Any entries including the word “Bouncers” will be disqualified). 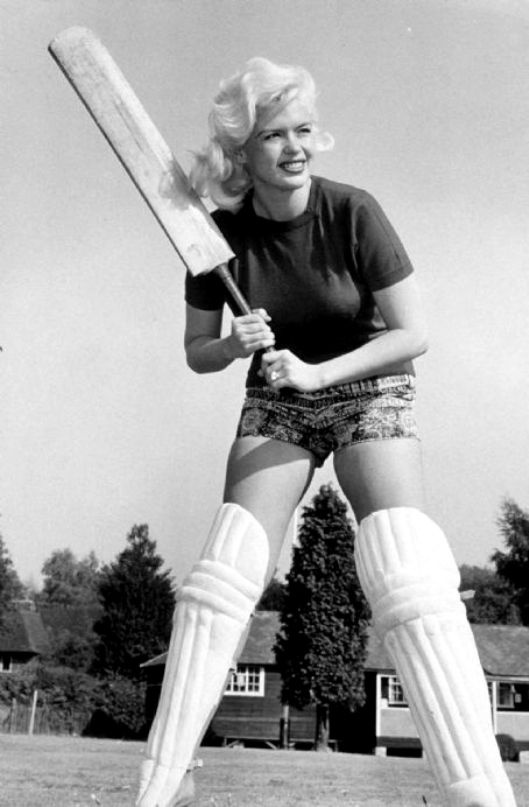 Just for a change, I’d like to talk about one of the good things in life.

He’s back and at last he’s brilliant again. Probably his best movie since Pulp fiction, the great QT returns with this sensational epic. If you don’t like plot, edge, witty dialogue, then go ‘chase me, chase me’ down to middle earth and go see the Hobbit with the rest of your Dungeons & Dragon set. But if you can stomach barrels of blood, acres of character and the funniest Ku Klux Klan scene since Blazing Saddles, then go and take yourself along to see Django Unchained….just don’t take your mum.

Be prepared to hide behind your hands in scenes which give more than a passing nod to the the torture scene in Reservoir Dogs. The much maligned Tarantino has been accused of having lost his touch, with the spiffingly over-rated Inglorious Basterds taking most of the stick for an ailing career. Well now, even if you had no time for Basterds, and didn’t get the brilliance of Death Proof and it’s sensational soundtrack, take yourself along and see a proper movie.

Certainly not for the faint-of-heart, Quentin delivers big time, yet again. It’s a long movie at 2 hours 45 mins, and the longer it goes, the more outrageous is the action, and the more blood is spilt. Well before then, you’ve forgiven the director for everything he wants to throw at you, and allow any outlandish stunt or ridiculous scenarios to wash over you. It’s like Kill Bill, just with horses and six-shooters. And so, so much better.

And look! the erroneous poster above even gives you two more reasons to go see it: Sacha Baron Cohen (or Kurt Russell) never actually made the final cast of the film. Russell quit for ‘unknown reasons’ (like Kevin Costner before him —phew!)  and Baron Cohen had too many commitments to his project The Dictator. Having now seen both movies, Sacha should now be put on a 24 hour suicide watch.

So, welcome back Quentin. A world choked with the smug smog of smeg by Peter Jackson and James Cameron needed you back.

And why not, indeed ?

As some sort of tribute to the late, great Andy Williams, I have unearthed an early training film used by prospective Benny Hill cameramen. For our younger viewers, this is how the world looked when everyone knew where they stood. Or lay. Even Terry Thomas and Bernard Cribbens get an eye-full.

At some stage between Laura Robson‘s silver medal and the heats of the men’s Kayak at Eton, the human race landed another in a series of robots on Mars to seek the answer to a question we have all asked at some time or other: “How the Buzz Aldrin can we justify spending all that money on space exploration looking for a drop of water and an interesting pebble to take home ?”

The robot is called Curiosity, though I was disappointed that my suggestion to call it “Vulgar Extravagance” was rejected by NASA, a point thumped into me one afternoon by two men sporting sunglasses and military haircuts who turned up at my doorstep to explain things.

Let’s get it all in perspective, can we ?

…It’s Easy if You Try

They’re clearly running out of ideas of their own, and Ray Winstone’s no John Thaw. But let’s thank our luckies that Dennis Waterman isn’t in it. Unless he’s singing the theme tune. 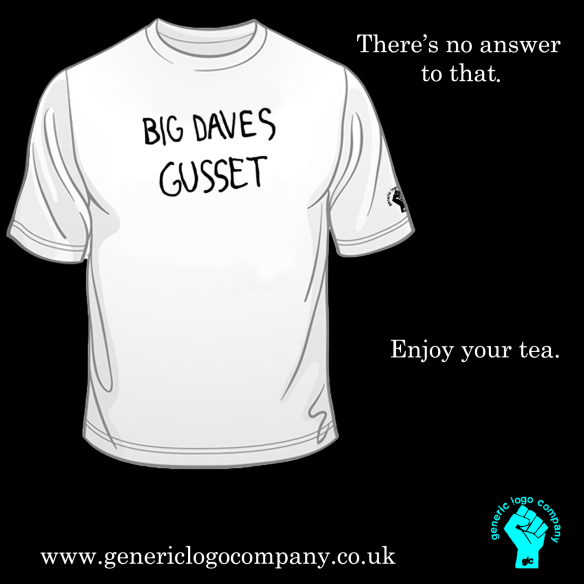