Bars at the official Games venues will charge £4.80 for a small serving of London 2012 red wine. For visitors with an appetite for traditional British fare, a portion of cod and chips will set them back at least £8.

The London 2012 organisers, who published sample menus yesterday, claimed the prices were “more than comparable” to catering costs at other sporting events. An estimated 14 million meals will be served to spectators across 40 locations during the Games. 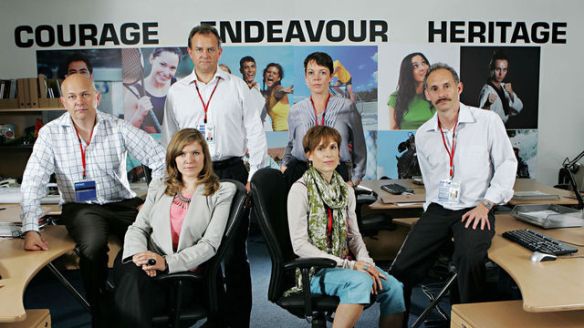 Paul Deighton, chief executive of London 2012, said the organisers had “gone to great lengths” to find “high quality, tasty food that celebrates the best of Britain”.

“We believe that our prices are more than comparable to those found at other major sporting events, which because of their temporary nature are often more expensive than the high street,” he said.

A 330ml bottle of Heineken lager at the Games will cost £4.20, making the equivalent price of a pint £7.23. This is more than double the national average price of £3.17 for a pint of beer. 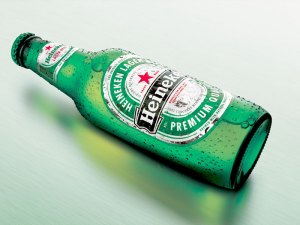 They say this last bit without a hint of irony. That’ll be 40 quid on top of the four £450 tickets to watch 20 minutes of the 1m synchronized ping pong. But who the fuck cares any more? We let these robbers get away with it, as we string up our flags and bunting, wave our Union Jacks and remark “ooh hasn’t that nice Mr Coe got old since he took over the games ?”. Of course he looks old. So would you if you had to lug great wads of cash home every night, under the cover of darkness.

Let’s not worry about it. Let’s light up the barbies, sing God Save the Queen for the Jubilee and give thanks that in these harsh times of mass unemployment, crime and poverty, when more and more are driven to stealing to feed themselves and their families, when the southern half of continental Europe is about to go under, we still have a time and the tact to celebrate and wave at a woman who drives around in a solid gold coach.

Let’s shout “C’mon Ingerlund” as the Ukrainian and Polish Nazi Parties beat the shite out of football fans from ethnic backgrounds (well, anyone who isn’t Ukrainian or Polish really), and all this because Michel Platini and his Uefa mafia turn a blind eye to racism and violence within football culture, just as long as he gets his big bucks (or small Euros at the time of going to press). I do not have the data on the price of Heineken beer in Kiev.

Then when a football match breaks out on the pitch and our team loses we can slaughter Roy Hodgson for picking completely wrong 11 idiots, as there were 11 other idiots waiting at home in bed with their friend’s wives, trying to take their minds off of not being selected.

Lets sit back and enjoy the liars of the world: Blair, Cameron, Murdoch (+1), Hunt, Wade, Coulson and the rest of them squirm their way around the questions which would and should bring down the lot of them. But they won’t. You know they won’t. Come the end of Leveson, and save for a couple of minor-ish victims and sacrifices like Brooks and Coulson, the Murdoch Empire, the Fleet St rags and the British Government will still be in place and will still operate in exactly the same way. 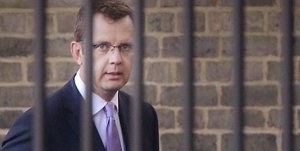 Some people moan about it and sites like the one you are reading make a fuss about all this shit now and then, but it doesn’t really do anything or matter in any way shape or form, does it? If it mattered, more than 32% of the country would get out and vote these crooks, thieves and tramps out of office. If it mattered there would be a day of action against arseholes like Andrew Lansley, Michael Gove and Nick Clegg EVERY WEEK, not just once every winter equinox.

So enjoy the next few months. Don’t trip over the maypole or the bunting this weekend; when the football arrives, cheer and clap and the local police, the UEFA officials and the TV cameras ignore the Zeig Heil chants and the Nazi Salutes; smirk and laugh as one-by-one cabinet minister after cabinet minister lies his way out of court; stand and salute and sympathize with the judge trying to get to the bottom of this really sordid scandal, only to be left with the head of the odd PM spin doctor, or Eton old boy to show for it;

Wash that MacDonald’s Olympic burger down with your pint of Heineken. That’ll be well worth fifteen quid of anyone’s money. But not mine. I shall be spending the odd £2.60 on a pint in The Shovel then nip across the road to the chip shop, or maybe the kebab house where I can pick up a large meal for the price of a 330ml bottle of imported Olympic lager. Then I’ll nip home to see if there’s any cricket on to watch. There’s no telly in The Shovel, so it’ll be cans of Guinness on the sofa, in front of the box for me. So keep your over-priced games, your over-hyped jubilee, and your über-alles Championship.
I’ll keep my kebab and a pint. You have your Red-White-and-Blue season. I’ll be happy with my Doner Summer.

They’re clearly running out of ideas of their own, and Ray Winstone’s no John Thaw. But let’s thank our luckies that Dennis Waterman isn’t in it. Unless he’s singing the theme tune.