I love computer generated spam comments. You’d be amazed how many I get here. Some of them make a lot more sense than most of the inane drivel you lot write. But not always:

This just in from either a computer in an estate agents office in the Punjab, or a very confused person with a passion for sad old fat blokes with facial hair problems (in which case I apologise but I’m already taken). Or else it really is someone who believes that this blog promotes women and women’s issues. Bless their pretty little heads.

In Response to : One for the Ladies

This is such a fantastic information as it is required to every women because they are fond of such a typical dressing sense as they look gorgeous.This blog is well appreciated by not only woman but men also.thanks for giving a great information to us.

So if I ever want to buy property in Chandigarh , I’m in. I just need to make sure I comb my mullet and dig out that ski jacket. Please feel free to bombard them with your own jibberish emails.  Bruce and Trev, you’re pretty good at those.

It’s now less than two weeks to go before the massed-ranks of the world’s piss-heads meet in South Africa for the FIFA World Cup. 32 countries will be represented by some of the fattest, drunkest, worst dressed and worst-behaved sports fans as the bars and bistros of Cape Town, Jo’burg, Durban and Rustenburg are held hostage by squiffy Swiss fans,  paraletic Paraguayans, arseholed Argentinians and spannered Spanish.

The Sharp Single presents it’s definitive , cut-out-and-keep guide to who’s-drinking what, who’s likely to fall over first, and what your team is likely to come up against in those all important opening rounds.

There’s bound to be a few champagne moments as the hosts take on the wine capital of the Old World. Windhoek vrs Claret promises a great competition and a few squeaky bum moments, while dark horses Mexico will fancy worming their way into contention and rubbing salt and lemon into the wounds with their star player, Tequila, especially in sunrise kick-offs. With the ageing Kronenbourg making his 1664th appearance for his country, expect more headbutts late on. Uruguay are rumoured to be fielding Patricia, one of the few world beers with a girls name, though she’s likely to be left at home. 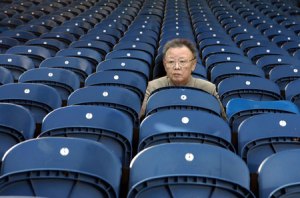 Can't See Nothing from Here

Korea Republic 150-1. Ones to Watch: Taedonggang

Past champions Argentina hope that Quilmes lives up his reputation of packing a punch, especially in front of goal. If he links well with Lemonado look out for his Shandy of God.  Minnows North Korea put their faith in the frothy Taedonggang, an unknown quantity, but thought not to travel well.  Tensions were high at this beer’s recent launch when South Korea retaliated by launching a premium lager of their own. While the Greeks will hope to be causing a few headaches with their ancient Ouzo, the Nigerians will hope their Irish import Guinness doesn’t cause them too much trouble at the back.

Double Up for an Extra Quid

Violence is Golden for perennial under-achievers England, and with this line up you can see why. The country which gave the world white garden chair throwing and pitch invasions know they have to raise the bar this time. “Boddy” Boddingtons and “Old Shep” Neame are likely to start up front, but watch out for the suprise selection, Pimms, to provide a tonic for midfield-partner Gin around 10.45. The USA’s midfield of Budweiser and Miller look weak on paper (and taste even worse in the glass) but the old heads of Daniels and Beam at the back are likely to take anyone’s legs away, should opposition take liberties, like not leaving  a tip. Slovenia look to have a straightforward, no-nonsense line-up with a strike partnership which not only can’t you drink, but are unlikely to be able to say by the final whistle. Teetotal muslim outsiders Algeria’s plan to play four non-alcoholic beverages across the middle seems doomed to either miserable sober failure, or ultimate victory. Inshallah

For You The Beer Is Over

As someone once said “Soccer is a game for 22 people that run around, play the ball… and in the end,  some German drunk bores the arse off you in the bar” Ever a threat in competition drinking, Germany once more lines up with a familiar-looking muscular attack. Old hands such as Bitburger and Eiswein team-up with the unpredictable Stroh, “an artificial rum with 80% alcohol content which should be avoided at all costs” and who is favourite of many to walk off with the coverted Golden Puke.  Others in the group hoping not to be Mullered are a plucky Australian team who’ve selected the stubby Victoria Bitter up front with Shiraz making up the team, in case any Sheilas show up. Serbia’s BIP looks set to save fans thousands of  SA Rand in replica shirt letters, while Ghana will rely on a Club half. 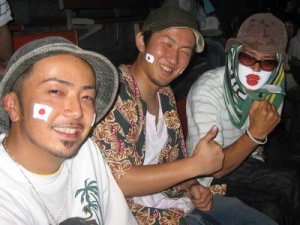 Group E has been labeled the “Group of Belch”, and with good reason. The Dutch’s brand of Total Drunkeness may well pay off this time round. Groslch and Amstel — the hard-hitting double act up-front for “The Orajebooms” have been tucking them away all season. But the workmanlike Danes hope to upset the tray in South Africa. Hopes are high in Copenhagen, especially for Elephant. As one supporter said: ” I ride a small bike but this beer makes me think its a big bike. It also puts me in a mood to listen to my favourite polish opera” Praise indeed. However, in Carlsberg they have probably the most overrated beer in the world. Japan’s Kirin may well be the surprise package of the tournement. In the heat of South Africa, with sweat dripping down your back, drink enough of this and you’re sure to get an Ichiban.  Finally, don’t discount Cameroon as their Castle may take a bit of breaking down.

Group F looks like a done deal. Few can see past Limoncello,  Moretti and Peroni staggering away with the honours here. Even fewer can see anything at all after Grappa weaves his spell. New Zealand look like a one-drink pony with Tui at the helm, while the unknown Dorada hopes to to force the odd hiccup for Paraguay. The best the Slovaks can surely hope for here is they return hope completely Zlaty Bazant.

Is that A Sugarloaf Mountain in Your Trousers...?

Brazil 4-1. Ones to watch: Cachaça, Caiparihna, Knot of Pine

According to one Portuguese reviewer “Superbock super star, gets you more pissedd than Stella artois.” That’s as maybe, but everyone’s favourite producer of brandy accompaniments may have to pull something more out of the cellar than just brut strength rocketfuel. The subtlety and guile of the Brazilians is always pleasing to the eye, as are the enourmous knockers of their fans in the crowd. Add to that the odd gallon of Caiparihna and midfield general Cachaca, then it’s difficult see anyone but the South Americans being in the chair. One hope for the Ivory Coast is that the Girls from Ipanema are distracted by their large Mambas. Korea’s offerings sound, frankly, a bag Cass Hite

Time to Put the Skis Back On

Spain are forever accused of choking on the big occasions, but if all you had to drink was San Miguel, so would you. Losing their bottle may not be an issue this year as Sangria has been selected to lead the way, in the hope that it won’t be the Spanish peering into their navel oranges. Switzerland may rue the day they made the Cardinal sin of taking up football in the first place, while little is known about Garifuna, except he has a kick like a club-footed mule. Chile, like the Germans, put all their faith in Kunstmanns. But that’s another story.

Ok, I had better start planning. As much as I’m enjoying a rare three-day weekend (somehow they’ve given me Bank Holiday Monday off), there’s no getting away from the fact that, come Friday, I’m gonna be unemployed…er, I mean freelance. Things have gotta change, and they’ve gotta change fast. The Incumbent is busy going through the house and sticking half of it up for sale on eBay, and I’ve started cutting down on essential items.

I reckon if I cut down on luxuries, such as food, I can still afford beer and cable tv. There is, after all, a World Cup and a couple of Test series to watch this summer. The veg and herb patch is coming along nicely, but it’ll be a few weeks off before I can start harvesting the beetroot, onions, and chillies, so I’ll have to make do with what’s already in the cupboards.

When we went to the supermarket yesterday for what could be the last monthly shop for a long time, try as I might, I couldn’t bring myself to put in the trolley ‘value mince’ or ‘economy sausages’. Lord alone knows what goes into such products, but I’d rather starve than find myself sucking on the toenails and nostrils or some generic beast the next time I make a chilli. I have a crown which has come loose in the back of my mouth. I’ve been holding out in the hope that it gets..er..better.. but you can bet your life that chewing on an economy banger is a one-way ticket to the dentist, at best. At worst it’ll end up in me sitting in trap one waiting for nature to take it’s course. I’ll then, of course, have to go through the motions.

The booze cupboard has been subject to more scrutiny than usual. There are bottles of stuff in there which I’ve been given or picked up over the years and which, in normal circumstances, I wouldn’t touch with yours. However, with a month of footy upcoming, and funds bound to be a bit squeaky, that bottle of Ouzo is looking quite appetising, as is the Bols. Have asked The Incumbent to remove the litre of Absynth lest I get a taste and start imagining England can actually win the competition. 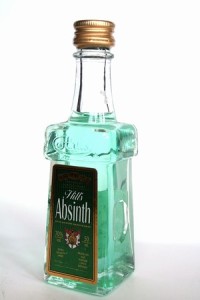 As I write this, our fine boys are struggling to beat the titans of Japan. We’ve seen it all before. The billionaires of the English league, being shown how to play by men a lot poorer than they , and a good deal shorter to boot. Ferdinand suffering from occasional bouts of consciousness, John Terry looking like his mind’s elsewhere (probably wondering where he left his underpants) and Wayne’s getting a bit niggly with the oppo. Again.

Even Fabio is picking a fight with the Japanese manager, though in which language I know not. Young Frank has missed a penalty, and the Japanese have gifted us two own goals, one of them a brilliant header by the defender who flew in like a Zero pilot with a death wish. The crowd is comatose and I don’t blame them. I can’t watch this bag of shite for a month. It’s like pulling teeth — even loose false ones.