I’ve always had an odd taste in music. I was pretty much ‘down wiv da kids’ all the way up until the early 80s, but then The Jam broke up, punk was long gone, and the ska and reggae revivals had pretty much had their day. So I started going back in time to discover sounds new to my ears, but old hat to everyone else. 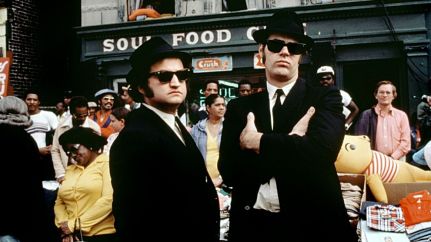 I can probably trace this first spark of curiosity to when I first saw the John Landis movie The Blues Brothers. I was captivated by the music of all these people I’d vaguely heard of but never actually heard nor seen: “Ah, so that’s what James Brown looks like ? He’s the man !” ” Jesus – I now see what all the fuss about Aretha Franklin‘s all about.” “Do love that John Lee Hooker. What a cool dude.” ” WHAT THE FUCK IS THAT ????  “Oh- that’s a Cab Calloway. Wonderful stuff.”

It was but a few short steps from hearing that stuff for the first time to discovering Buddy Holly, Frank Sinatra, Elvis Presley (and any other old popular acts which will boost me up the Google rankings).

I was in my element and I loved it. For the next 20-odd years all I ever did was listen to old stuff (ok, ok, of course I kept tabs on Status Quo and Chas n Dave, but a man’s gotta keep up with the times, ain’t he ?). I was experimenting with music in the way young kids in the 60s dabbled in The Doors, The Rolling Stones and hallucinogenic drugs. It was the same music for me, just 15 years later and with tea & peanut M&Ms. 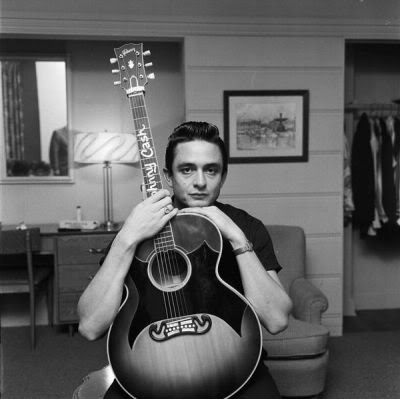 In the early 21st century I left my shaded safe haven of Leonard Cohen, Johnny Cash, Janis Joplin, Bob Dylan and Joni Mitchell albums, into bright new world of singer-songwriters like Nora Jones, William Elliott Whitmore, Diana Krall, Jack Johnson and the like. You know, the singers that sound exactly like  Joplin, Dylan, Cash and Mitchell. At least I was consistent. Like a Japanese soldier, I emerged into the light, not asking “Is the war over yet?” more like “has Kurt Cobain stopped wailing shite yet?”.

And as luck would have it, he had.

In this way I (thankfully) missed New Romantics, Rap, Housey Housey, Hiphop, Britpop or anything else masquerading as entertainment.  When most were listening to the Gallagher Brothers, I was more than likely listening to the Everly Brothers or even the Doobies. When the naive easily-led young fools of the world were discovering The Smiths, I was genning up on The Temptations. I didn’t think anything could be as abhorrent or sounds as bad as Soft Cell or Morrissey – until I accidentally overheard Oasis and Eminem.

So (and this is where we get to the bit where I disclose why I’ve been wasting your time with all this self-opinionated rubbish) it was with some surprise that I stumbled across this (by way of a Viz magazine tweet) today and found myself wondering: why the hell haven seen this before ? I have never listened to Depeche Mode back-to-back before, but I sure had at least one second-take at this one. If I’d had known back in 1982 that this existed I’m sure I would have hit paue on my tape deck on which Songs for Swinging Lovers was playing (or was that 12 Gold Bars ?)

So in case you missed it (and, as I say, I could have saved us all a lot of time) I give you: Deepche Mode. Performing (miming to) See You.   Holding chickens.

I dunno what the hell they were thinking, but from being a song I couldn’t stand to hear, this video is now strangely alluring.    Chickens.

10 thoughts on “Everybody talk about Pop Muzik”