Knowing who to cheer for when South Africa play Australia is a bit like, for me anyway, deciding who you’d want to win if The Third Reich played Pinochet’s Chile. However, if there is any enjoyment to glean from such a contest it normally arrives when one side humiliates the other. A fine innings of a duck from former skipper Ricky Ponting helped his side on their way to 47 all-out, having been 21-9 at one stage.

Amazingly, the Bok’s are still favourites to lose this match, their batters doing little better themselves during their first innings effort. Anyway, having sat through the English cricketers pouting, posturing and under-performing in India recently, it’s nice to see someone else squirming in embarrassed agony for once.

Let’s hope the spoilt brats of Jimmy Anderson, Swanny and fellow cry babies can collect their toys, put them back in the pram and learn how to lose as well as win with dignity, then next summer’s test series against South Africa might be worth watching. The English team were were lovely lads, sporting icons, and sweet boys when they were on top against the Aussies last time round.

This side were rightly lauded by all for their humour, camaraderie and good sports when they were sweeping aside all teams put up in front of them. I saw them several times at Lords and The Oval and they were a joy to watch, welcome to marry my sister any time (if I had one) .

Cracks in their genial and generous facade began to appear when they lost to the Windies at the end of the summer. By the end of the disastrous Indian campaign they were positively nasty. If I want to watch such behaviour on a sports field, I’ll go back to watching soccer. Something call a “Jade” and sporting an earring and tattoo combination worthy of Dale Farm should never be eligible to play for England in the first place. If he’s gonna behave like a thug on the pitch he can go back to Jonty, Morne and Herschelle as soon as he likes.

Come on chaps. Play up and play the game, as Plum Warner may have said. 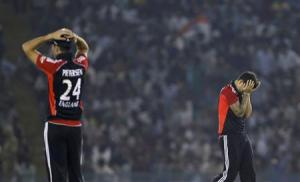 2 thoughts on “Behave Yourself, Sir! You’re (supposed to be) an Englishman”