And it’s over to you, Our Man Up a Ladder outside Wembley, Nick Collins….

And now, back to you in the studio.

I had to make that call the other day. It was one of those moments which happen to me every so often when I call my current cable supplier (Virgin Vince Cable XL) and tell them I’d like to opt out of receiving Sky Sports. I was paying £50 a month for the four or five channels of sport which Rupert Murdoch pumps out every day. I watch these for approximately 2 hours-a-week, unless there is a major golf tournament of an English Test match showing. That was an ok arrangement when Rupert was paying me about 50 quid a month to work for him, but now he’s not paying me any more, the outlay of that sort of dosh for that sort of return is a no-goer.

And No: I am not unaware that very soon there will be many English Test matches showing on Sky TV which I will want to see, many involving throwing things at Australians. I shall have to listen to the radio or go down the pub to watch them. Not perfect, but it does come with benefits. And no, I cannot go over to You TV’s Sky Sports Day pass as I saw the advert for this three days after agreeing a new 18 month contract with Richard Branson. He came around personally. With that Scotch Dr Who bloke.

The only thing that really will be missed will be the Crime & Investigation Channel, which is the only station which The Incumbent regularly watches. So me pulling the plug means she doesn’t get to watch “Snapped: Women Who Kill” or “I Want to Stab the Fuck Out of My Husband” and the such like. I can live with that. Hopefully.

But no matter, I am (as you may have read) in a good place at the moment and as the country takes that balaclava off and takes in lung fulls of fresh spring air, what better time is there to sit yourself down in a nice dark lounge and enjoy all the wonders that TV on Demand, Tivo and Catchup TV brings you ? Having gone through the ascent of man’s struggle with recording channels from Betamax, Philips 2000 VCR, Laserdisc, and Video Plus I am finding these latest gadgets just sensational. You’ll never miss a thing !

I know this “you’ll never miss a thing”phrase has been used for 30 years now ever since the first pine-clad video recorders, about the size of the Austro-Hungarian Empire, were wedged in underneath our 21 inch tellys and three of you had to push five buttons each in perfect synchronization to record The Krypton Factor Regional Finals, but this time, you really won’t miss a thing…unless the Beeb or ITV decide they’re not going to put your favourite up on Catchup cos they’re gonna repeat it at 3 o’clock in the morning on BBC Three Worldwide or ITV9.

But apart from that it is a wonderful toy. For how many years have we yearned for a gadget which replays commercial channel programmes without showing the adverts ? No more fast forwarding at the break, rushing through tv spots for Iceland, DFS, Go Compare, Muller Light and Argos, then taking your eye off it for a moment to open a packet of biscuits only to look up again and realise you’ve gone five minutes into the next section of the programme and have just caught a glimpse, albeit at x32 speed who the murderer was. You rewind quickly, not looking at the Missus who’s thinking “prat. AGAIN” but overshoot the mark in the other direction, so you give up, press play and watch the Argos advert, this time at normal speed.

Not any more though. If you can put up with waiting for a day, many an ITV murder mystery, a Channel 4 spy series or a Channel 5…er….whatever they show on that channel (pass) can be viewed without seeing an Ad at any speed. The advertisers must hate it. Poor them.

If programs clash, you can record 8 channels while watching the 9th, or so they tell me. Somehow though, we never seem  not to have to tape the BBC’s The Village. It’s a sort of Warhorse meets Schindler’s List. Does anyone have any fun at all in that place ? Christ it’s heavy going. Good, but heavy going. I sit there with The Incumbent, struggling manfully not to open up a major artery, longing all the time for the light relief of half a dozen brutal and apparently random murders in Endeavour, currently playing on the other side. But no matter, 24 hours later when on a Monday there’s nothing on TV to watch (unless you have Sky Sports and like Monday Night Football), flick over to ITV Catchup and watch young Inspector Endeavour Morse without adverts. Much better and half an hour shorter too.

But be warned. And here’s the point of writing.

Do not, under any circumstances try to play catchup with the BBC’s latest offering:
The Wright Way. If you enjoyed Love thy Neighbour, Mind Your Language or maybe Bless This House from the depths of the 1970s, then this one is for you. Otherwise, move away from the remote control. You won’t see or hear this many re-hashed jokes, knob gags or sexual stereotypes at a Bernard Manning meets Stan Boardman gig. It is jaw-droppingly bad. Worse than any Mike Bushell sports report, worse than Mick Fleetwood and Sam Fox hosting The Brits. Almost in Armageddon league. Almost.

Or as Stuart Heritage in his Guardian blog puts it:  Worse than The Life of Riley. Worse than My Family. Worse than Big Top, even, and that was a sitcom about what a circus would be like if it had Amanda Holden in it.”

or Tom Sutcliffe in the Independent : “so groan-inducing that you want to gather a mob with torches and pitchforks.” 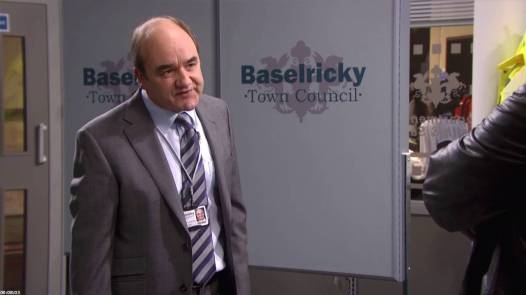 A pal of mine went to see Alexi Sayle in concert the other night. It happened to be the day after Thatcher had died, and Alexi mused that perhaps Ben Elton had died too, seeing as the once “right on” socialist champion made his living out of trashing Mrs T but had been strangely silent over the recent passing.

“Up Yours, Mrs Fatch” you might have thought he’d say. “Ooooh Topical stuff, topical stuff”

Worse was to come.

No, Ben Elton wasn’t dead. He was in the study of  Right On Comrade Towers making the final flourishing touches to The Wright Way.  I am here to reiterate that is was The Wrong Way.  In the opening episodes there was a ten minute sketch involving our hero telling his lesbian (phwoarrrrr) daughter and her partner (fnarr fnarr) how to load a dishwasher properly. Later he was caught by a slow, fat, heavily-accented West Indian toilet attendant drying the fly of his trousers on the blower/dryer in the office loos. TWICE !  I can’t wait for next week when there’s a hilarious skit when he moans about the names of coffee in Starbucks, his trousers fall down for no reason and he’s caught by the vicar apparently mounting a poodle. “ooooh Topical stuff, topical stuff” as Ben might say. And, again, he’d be wrong.

Please go back to writing dreadful musicals about “Queen”

Fortunately, thanks to the few remaining channels I have left, I can switch over and watch International Horse Drug Taking from Newmarket on Channel 4. That brilliant Claire Balding’s presenting it…. 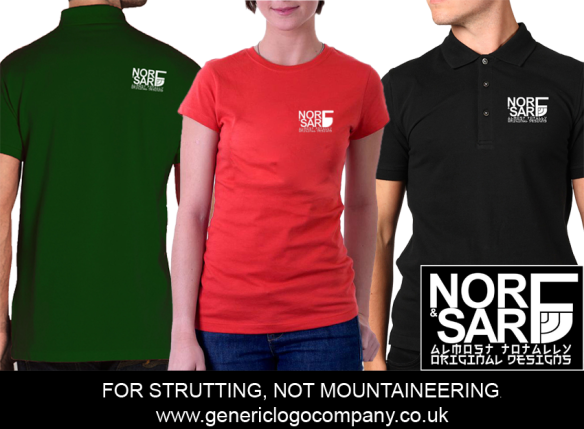