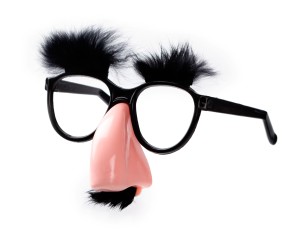 I went for an eye test this morning.
I sat nervously in the opticians waiting room (well, in a conspicuous space in an open plan shop in Canary Wharf), clutching a piece of paper tightly. I had booked my appointment online, and by registering with them, the company offered me a 50% discount on eye tests and 10% off glasses. WooHoo!! Trouble is at no stage did they actually announce how much an eye test was. What was I going to pay half of? £10? £50? A HUNDRED ??? I didn’t know but it didn’t matter that much anyway. My eyes had not been what they were for some time, and I wanted that put right.

“Ah hello Mr Bealing, do come in” said a cheery man in the examination room. “My name is Kalpesh, how do you do ? Is this the first time you’ve had an examination with us?”
“er…yes” I replied, sweating in the way I do when under the pressure of a perfectly innocent question asked by a very polite man.
“Ok, and when was that last time you had your eyes tested?”
“Oh about 1989 I would think.”

My mind wandered off:
I remembered booking myself in for an appointment at the old Greenwich Hospital for a test, for reasons now lost in the mists of time. Two young-ish blokes put silly glasses on me, asked me to look at numbers, letters and things and finally shone several bright lights into each of my eyes before pronouncing me to have perfect vision. I thanked them, stood up and attempted to find my way out of the room. However, the previously administered lightshow was still blurring my vision and I missed the doorway by a good three feet. Smack!. I fumbled about and found the opening, the sound of optometrist’s laughter following me out into the corridor.

Anyway, back to this morning. The test began with me looking into a machine, which at shotgun speed blew bullets of compressed air into my eyes.
“This is to test the pressure in your eyes” Kalpesh informed me.
“It bloody hurts” I informed I him back.
“You want a tissue?” he asked, noticing my eyes streaming
“No, no, I’m fine thanks”, said I, not wanting to betray my wussiness.
Several more machines were sat at, including (as an ‘optional extra’) one which took a photo of the inside of my eyes, and Kalpesh announced he was done. He jotted down a few notes, stood up and said, “Right! Now the examination can begin”
“Well what was that, then ?” I asked
“That was just a few measurements I needed to take before starting”
So, in truth, he’d made me cry even before the test had started. Wonderful. To soften the blow, Kalpesh let me know that with the discount, the cost of the exam AND the optional extra retina photo would be 19 quid. Even I could afford that. “Lead on MacDuff.” 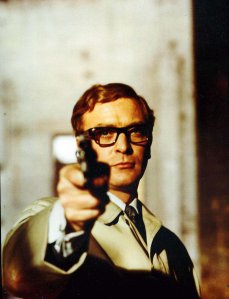 We moved to another, darker room. Vaguely familiar silly glasses were donned, different bits of plastic were slid into place, I looked left, right, up and down. Then came the lights again. Dirty great laser beams, more befitting of Dr. No than Vision Express honed into view and were concentrated on first my right, then my left peeper. As each beam pulsed into the back of my eyes, buckets of tears flowed out of the front.
“Would you like a tissue? “ Kalpesh again asked.
“No, no. I’m fine thanks” I said, manfully. My eyes may have been on the way out but there was nothing wrong with my stiff upper lip.

I read with my right eye, peered through the blurred mist of my left, I read letters, looked at shapes and scanned text. It soon became obvious that my eyes couldn’t do what I needed them to do all on their own, and that I would indeed need specs. Oh bugger! Or rather, Old Bugger !

Out into the daylight once more, I was handed over to Kalpesh’s colleague, Amrit. Here was another cheery fellow (what is it about opticians??? I might apply). Amrit took me through the cost of the exam and told me how, if it was my wish, we could proceed with ordering my glasses.
“Oh fuck it!” I proclaimed “We may as well get it over with. Lets do it.”.

We walked to the wall of glasses where we paused. “Now”, said Amrit “how do I put this politely?…. you have a rather wide … er “
“I’ve got a big fat head” I interjected, helping the poor bloke out
“Ah yes!” he gasped in embarrassment “thank goodness, you knew”
“Not a problem , Amrit, I was born with it.”

We spent the next stage of our time together choosing frames together. Romantic it wasn’t. Illuminating it was. I had imagined, whenever I’d given it the tiniest of thought, that if I wore Buddy Holly glasses I’d look like, well, like Buddy Holly, or Elvis Costello at the very least. No such luck. I looked like an old, fat Nobby Stiles. A mutant Harry Palmer. A poor man’s John Mcririck. 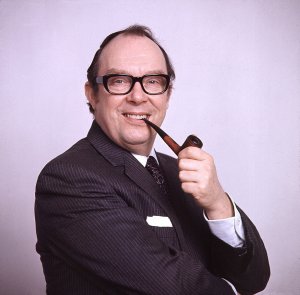 Some frames made me look like my dad, some like my mum. This was not how it was supposed to be. This was yet another rusty old nail on my worm-riddled old coffin. I couldn’t possibly be that old. It’s a short limp from here to being tapped on the shoulder by the Grim Reaper, getting a Wish You Were Here card from the other side, my Logan’s Run crystal turning to black, or the Great Umpire going upstairs for a referral.

But, hey, I know I’m old. That is, after all, all I go on about, week-in week-out. So I plumped. I plumped for a pair of not-too-retro, not-too-trendy (according to Amrit) frames which not only was I comfortable wearing, but also didn’t go ping when I tried to slide them over my ears. If I’m gonna have to wear them I want them to be comfy. So me and my newest and bestest of pals went to the checkout desk.

“So when can I pick them up?” I wondered
“They should be ready in a couple of hours” Amrit said matter-of-factly.
“Well I can’t do that, I’ll pop in on my way home tonight”
“Not a problem Mr Bealing, we’re open til seven”
“Perfect, I shall be here at half six”.
“Ok, Mr Bealing, so with the test, the lenses and the frames that comes to £347.20”

“Could I trouble you for a tissue please, Amrit ?”. 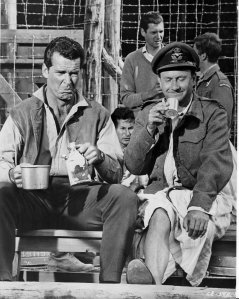