Thought this might be worth keeping handy for when the British press start weighing into the French magazine, Closer, for publishing the topless photos of Kate, Duchess of Cambridge.

This from the current edition of Private Eye:

It’s probably worth reminding ourselves that the reason there are eight News of The World employees facing charges over phone hacking is that they were shopped, grassed-up or exposed by other journalists. Proper journalists. Not coppers (bent or otherwise) nor Politicians (ditto), or members of the general public, but journalists. This bunch of whistle-blowers happen to have come from The Gaurdian, but they could have come from any number of sources. Because, just as everyone at The Screws wasn’t a crook, then not every newspaper journalist is on the take (whatever the BBC may have you thinking). Not every Grauniad hack will be as white as the driven snow, and there may have been other reasons for exposing the Wapping scandal other than good, honest investigative journalism, but let us not forget that the industry shopped itself, Westminster please note.

You can extend this thought to the fact that it wasn’t only Wapping hacks that were up to no good – just that they are the first to get pinched for it. The reader might like to note that this week PC Plod revealed that two Prison officers had received payments totalling over £50,000 from The Daily Mirror and Daily Star. As mentioned here before, the shredding machines all over Fleet St have been doing overtime whilst the Inspector’s time is taken up with Murdoch titles. Only time will tell if, by the time Sue Akers and her Mukkers get to “M for Mail” or “P for People” in Glenn Mulcaire‘s address book, the evidence has somehow vanished (like an old oak table). 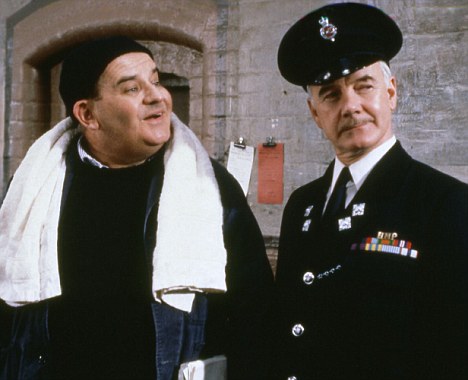 The conversations may well get interesting as the assorted journos in HMP-issue uniforms are locked up for the night by the very people they were throwing cash at for info about their celebrity/muslim/titillating inmates. Retribution may ensue. The News of the Screws has never been a more appropriate nickname for their paper, in so many ways.

I can’t help thinking public would never have given a toss if the enquiry had merely  revealed that the papers had been listening into the phone messages of Elton John or George Michael, going through Hugh Grant’s bins or Jordan’s drawers. That is, after all, why the average knuckle-dragger buys The Sun and The N.O.W- for the gossip stuff that they always seem to get. Fuck actors and sportsmen and singers and the like. They’re not real people. They forfeited their right to privacy the minute they…er…became good at their job (something, thankfully of which I have never been accused).

But to hack into the phone of a little blonde girl who is a possible murder victim ???? Disgusting ! It is a mark of the country’s appetite, class and taste that had the victim not been a little girl, then not only would this intrusion not have registered with the moral code of Joe Public, but the original story would never have made the front pages of the tabloids in the first place. But sadly for Milly Dowler, and latterly Andy Coulson this was not the case. The girl was just the sort of target which his papers and readers salivate about, and the whole sorry saga was somewhat inevitable.

I’ve never bought into the Kelvin McKenzie argument that “papers only print this stuff because that’s what the readers want” but I’m prepared to make an exception in this case. It’d be nice to think that the avid Screws reader realises his own part in this sorry and sordid affair. Nice to think he would, but unlikely to be true, as The Sun on Sunday‘s figures still show. More tits, more bums, more shite, more readers.
Thank god Madeleine McCann wasn’t a 6 ft tall hod carrier from Bridgend – you’d have never heard of the case. News International likes promoting these cases on its covers, and  Maddie’s plight has been thoroughly reported over the years, none more so than by The Screws. The family felt this would do their cause some good, giving them some hope and support to find their little girl. Right up until the paper published mum’s personal diaries for the Editors and the average Wayne and Waynetta to dribble over.

So do I feel and pity for these eight (on the understanding, of course, that they are all completely innocent until proven guilty) and the torrid time the police and prosecution will put them through ? No, not much. Maybe sorry that they’ve been singled out, when there are many, many others around that need their collars felt. But the overwhelming feeling is of relief that the industry ratted-out itself and showed others how it should be done. Just don’t talk to me about a self-regulating Press Complaints Commission. It clearly doesn’t work.