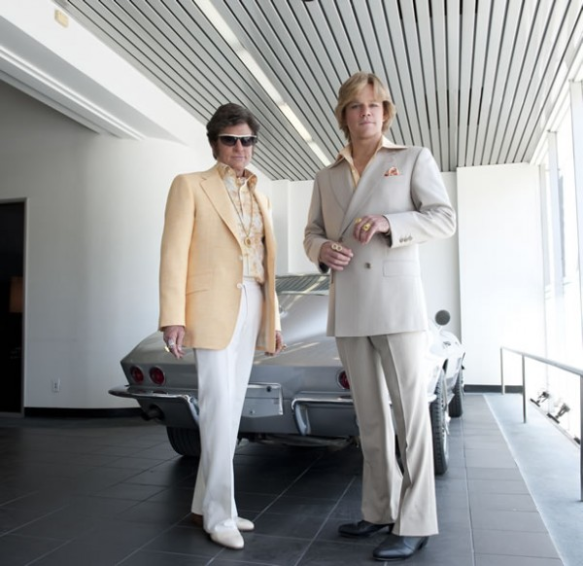 A movie which is sure to pack them in when it previews at this years Tory Party Conference, “Beyond the Candelabra” is a biopic  by Steven Soderbergh and features Michael Douglas as Liberace and Matt Damon as his lover, as shown is the magnificent image above. If you listen very carefully you’ll hear the hurrumphing sound of a million homophobes lining up to criticise the release, even before they’ve seen it. Give it a little while and the usual suspects will be commenting on it right here.

The movie has already run into trouble for, would you believe it, ‘camping-up’ the story. One thing’s for sure, there’s no way Liberace would want any Hollywood portrayal of him to come across as too gay:

“Brokeback Mountain” and “Milk” may have captivated audiences and swept award shows in recent years, but it seems Hollywood still has some reservations when it comes to portraying gay content on the big screen.

Oscar-winning director Steven Soderbergh has revealed that many studios weren’t exactly keen on “Behind the Candelabra,” his much-anticipated Liberace biopic which is now set to air on HBO.

“Nobody would make it,” Soderbergh told The New York Post of his new movie, which stars Michael Douglas and Matt Damon. “We went to everybody in town. They all said it was too gay.”

Soderbergh, whose credits include “Ocean’s Eleven” and “Traffic,” as well as last summer’s smash “Magic Mike,” said he was “stunned” by the response.

“This is after ‘Brokeback Mountain,’ by the way, which is not as funny as this movie,” he recalled. “The studios didn’t know how to sell it. They were scared.”

Damon, who plays the long-term lover of Liberace (Douglas), has previously said of the film, “These two men were deeply in love and in a real relationship — a marriage — long before there was gay marriage…The script is beautiful and relatable. Their conversations when they’re dressing or undressing or having a spat or getting ready for bed? That’s every marriage.

Now then, Guys and Gals: Here’s my favourite Daily Mail story of the week. Just goes to show how lucky I have been:

When 19-stone rugby player Chris Birch suffered a stroke during a freak training accident, his family feared it would be a life-changing injury.

Yet while his recovery certainly brought about a transformation, it seems to have been in a way no one could have expected.
For when he regained consciousness, the 26-year-old – who was engaged to his girlfriend – claimed he had become gay.

Mr Birch’s astonishing change saw him break up with his fiancée, ditch his job in a bank to retrain as a hairdresser and lose eight stone in weight.
Before the accident Mr Birch, of Ystrad Mynach, South Wales, had spent his weekends watching sport and drinking with his mates.He has now moved in with his  19-year-old boyfriend. 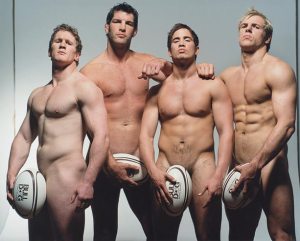 The now ex-rugby player, a flanker with his local amateur reserve side, had been attempting a back flip in front of friends on a field when he fell down a grass bank, breaking his neck and suffering the stroke.…..

(continues…but I can’t be arsed to print anymore)

Poor, poor sod. He goes through all that pain and sorrow, those long uncomfortable nights in hospital, the operations and the bed-baths.  Then he wakes up and he’s still Welsh. 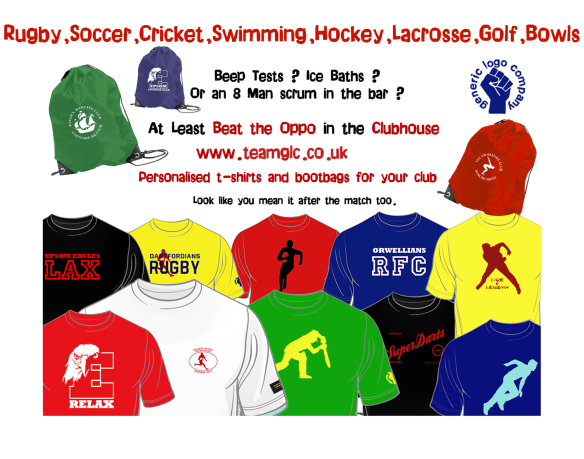