So we’re making progress. The advert is in and the dustman are on steroids.  The house has never look tidier although, to be honest, that’s no great boast. But everything is heading in the right direction, if not quite at ramming speed, then at a very jaunty pace. 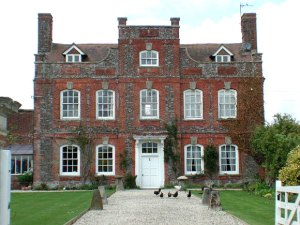 As you know, Railway Cuttings is to be put up for rent as the company,  Sharp Single International Holdings (UK Ltd) seeks to consolidate its position in the market. Last week the agent came round to assess the estate. It’s a nervous time, renting your house. Will other people see it as you do ? Will they ignore all the little imperfections and those little-jobs-you-were-going-to-get-around-to-but-never-managed-to ? The door to the barn is hanging off its hinges and the mock tudor gabling atop of the east wing still needs attention for a touch of rot, but otherwise my man was quite impressed.

The drainage in the lower field is still a problem, but only the keenest of eyes would spot it. Seven of the nine bedrooms are in excellent order, he said, and of other two he said the fact that one contains a gin distilling apparatus and the other a bowling machine with practise net shouldn’t be too off-putting to prospective tenants.

“You never know, Mr B,” he chuckled “we might find an alcoholic cricket nut?”
“I doubt if there’s another one in the area” I sighed.

The duck house was, he thought, a rather charming feature and once the moat and the gravel drive had had a little de-clagging then he couldn’t see any reason why the property shouldn’t fly off the shelf. He took a couple of snaps and left me to my chores, while he contacted Country Life to negotiate an acceptable rate for a display ad, hopefully opposite the Girl with Pearls. He’s suggested putting an advert in House and Hound but I thought that would be just a little pretentious.

So for the worst part of a week now that’s what I’ve been doing : de-clagging. I read somewhere that to make your house more attractive to buyers you should remove every third item from the shelves, bookcases and kitchen. Apparently it gives the impression of space and cleanliness, a minimalist look that’s so popular these days. Hmmm ok.  I decided that I’d remove every other item on show. I’m moving out anyway so the more I remove now the less work for me later on.

Out went the stack of old newspapers I’d been keeping “just in case” (you remember newspapers, right?). Off the walls came the hat collection, gathered from around the world and my travels on eBay, and hung on hooks to cover unsightly marks, scratches or stains. But I did need to keep something on the walls – to make it look lived-in and homely- so I left hanging my display of memorabilia from the 1947 Cup Final – Charlton Athletic 1-0 Burnely (aet)- and my framed Derek Underwood jockstrap.

Hidden from sight was the, now I come to look at it, worrying-looking collection of exotic, once opened booze bottles – the type that you have a crack at late on Boxing Day when there’s nothing else left (and then hurriedly replace the stopper): Greek gin, Spanish vodka and Japanese scotch, Pink Cloves, Jamaican ouzo and grappa. Some of it donated to the cause over the years, and some collected by myself at some time, somewhere and in a some heightened state of optimism that it’d taste just as delicious as it did when that dodgy waiter served it to me during that summer holiday all those years ago. No, the bottles definitely had to be put away. Not disposed of, you understand, just hidden. Well, you never know, do you? 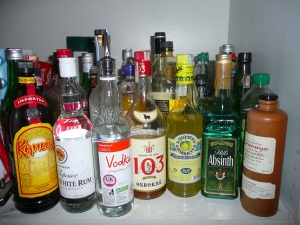 Some of this stuff MUST be drinkable

The first swoop through the house was pretty successful, if a little tiresome and depressing. Thanks to staying up all hours to watch the Ashes cricket in Australia (you knew I’d get to it in the end, didn’t you ?) I’ve been suffering from sleep deprivation and there are early signs of exhaustion. Usually the English are so piss-poor that after the first match I could ignore the rest of the series, but it seems that the Aussies are rather less than average this time out so I fear I shall feel like this for the next 6 weeks.

So I wasn’t in the best of condition to lug dirty great bags of rubbish to-and-from the attic to the rubbish bin outside. Poor bloody dustmen. I trudged through the house carrying two bin-liners: one for stuff for the tip, the other for eBay (they’re pretty much interchangeable), in my semi-conscious state dreaming of Australian wickets to the soundtrack of Fiddler on the Roof. I snapped myself out of my malaise. It’s not as if the Tsar’s Cossacks are running me out of my little dwelling but the Tossacks from Natwest surely will if I don’t make other arrangements soon, so moving out before the bailiffs move in is by far the best plan of action.

But nevertheless I can’t say it made for happy work. When you systematically go through each and every item in your home you find yourself dwelling over the history of it and the enjoying memories for several minutes, before stuffing it into one bag or the other. Most bits you find, of course, turn out to be complete crap and something you haven’t thought about, let alone looked at for several years. It’s a time for that good clear-out you always promised yourself, but it’s still a less-than satisfying thing to do, if for no other reason that you realise just how much useless shite you’ve accumulated over the years. 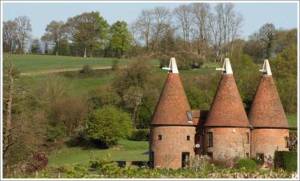 The exciting news, of course, is that the new property is taking shape. The Incumbent is, as I write, overseeing work on The Sharp Single’s new HQ down in the pretty little hamlet of Dartford. Unfortunately somehow we managed to hire the firm of Hamza and Hawking to carry out the refurbishments of the new offices and they are less than perfect. If you poke your head out of the window and listen hard you may be able to hear the squeals of pain as The Incumbent inserts a spirit level into Mr Hawking.  The Incumbent doesn’t suffer fools gladly (she makes allowances for me, bless her) and these cowboy builders obviously didn’t realise there was a new Sheriff in town. If by the end of the day they’re not strung up by their plumb-lines I shall be very surprised.

For those of you who don’t know it, Dartford is in the heart of the county of Kent in the South East of England. Set amid rolling hills of fabulous English countryside, it is famous for The Peasants’ Revolt (tick), hop fields (tick tick) and for being the main escape route out of Essex (tickety tick tick).

Inshallah,  the 2011 Sharp Single will be published from its new premises, a huge purpose-built, neo-Georgian villa complete with billiards room, a nine-hole putting green and bar. From my desk (I’ve been allocated the potting shed) I shall enjoy the grand vistas of the oast houses, apple orchards and cement works of the surrounding area which some critics aren’t already calling the most exiting and up-and-coming town east of Erith. There is, of course, ample parking.

So now I sit and I wait for the phone to ring. I imagine in a week or two there will be a long queue forming outside of people eager to rent this undes-res. I envisage scenes akin to Shallow Grave as I carefully select my first tenants. It might be fun. It could be tortuous. It will be another story. 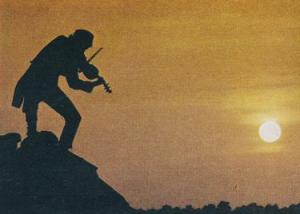