It was the best of times, it was the worst of times…. as some bloke once said.

It was going to be the Best of summers – the summer of summers: The Queen’s Jubilee and all that went with it, was greeted by and staged in the Worst of weathers: the wettest summer for 100 years, but you can’t do anything about the weather, I suppose. We do live in Britain, after all. So the biggest and Best birthday party was arranged, and the nation really started getting to grips with this street-party thing. And everyone turned up outside Bucking Palace to wish ma’am all the very best, but some of the very Worst vocals arrived in the shape of a purple headed unidexter-fancier. He even mimed out of tune, which some would say was nigh impossible – but Sir Paul somehow managed it.

And he wasn’t alone. Dame Elton John and friends did their best to promote euthanasia, but the OAPs’ faces were saved by Sir Tom – a Welshman, no less – who proves that you don’t have to give up singing just because you get old. It’s just that if you find you can no longer sing, then shut the buggery up and live off your many, many royalties. Logan’s Run had it’s good points.

Meanwhile, over the other side of the park, England, the Best cricket team in the world were showing us how it was done : by beating the woeful West Indians into submission, and thus reaffirming our dominance over the rest of the world in this, the most noble of all games. We were The Best, and don’t you lot forget it.

Except we did, when the real Best arrived in the shape of the South Africans. They played some of the Best sport we’ve seen this summer, while the hosts (many of whom weren’t good enough to qualify to play for South Africa) played as bad as they had for many a year. Some ex-South Africans showed the Worst kind of bad form by  suggesting to the current South Africans how to bowl out the English Captain (or they should have already known how to, as he used to be one of them anyway). So the numbers 2 in the Word are now, quite rightly, The No1s and the former Best in the World played like a pile of No2s. We wept, but not for long – cos we’d seen it all before. Before we knew it we’d lost both ex-Bokkes. One had been sacked, the other retired altogether.

But hang on, we’ve gotten away from ourselves.

Earlier on that summer, over the other side of town, Seb’s Olympic extravaganza was taking place and, as luck would have it, we did awfully well. The Opening Ceremony was sensational, only again marred by the Purple Beedle, flashing a V-for Victory sign while mis-timing (again) his run into the pre-recording audio. I have to admit flashing the odd V-sign myself. Had they not learned from the Palace Party ? Is there anyone they could have picked to sing who would have been Worse than him ? (Sit down Ringo !).

The threatened strikes (whether by London Transport or Al Qaeda) failed to materialise, no-one minded working from home and the games belonged to the wonderful volunteers – which is handy cos think of all the profits made by McDonald’s, Coca-Cola, Heineken, Visa and the rest which would have gone to waste if they had offered their services for free.

But no matter. What is a few million quid wrenched/embezzled out of the hands of a country in recession when there are Olympic Medals to be handed out ? If religion is the opium of the people, then sport must be the upturned spoon (and this reporter is an addict).

As luck would have it TeamGB (for it is they again) were The Best – well nearly the best, certainly The Best of The Rest and thus the whole games were deemed a success, and there’s no denying that it was sensational to watch. Lottery money and proper sports funding certainly seems to have done the trick, a point not lost on Gideon Osborne who was seen crying into his morning suit when he heard the pitter-patter of another U-turn looming.

With the country glued to its sofas, and the Union Jack industry going into overdrive, no-one cared about the weather of the economy. All we cared about is that a refugee called Mohammed got round the track first, and we were prepared to stand up, do a silly thing with our hands on our head to prove it. Honestly, we did. This black bloke even appeared on the front page of the Daily Mail. And not for stealing stuff or scrounging off the state. Wouldn’t you have loved to have been in morning conference to discuss that one with them ? It was a fantastic time for one and all, though I did talk to a woman who had her misgivings, saying that it’d be nice if “one of our own could have done it”. I kid you not. I’ve chosen to ignore this as I’m really hoping we may just have turned a corner. I’m starting to think the best of people. It’s a strange feeling, I have to say. 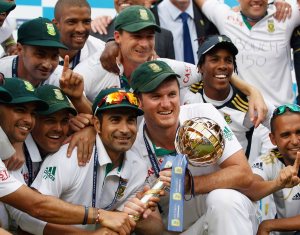 So for two weeks after that we had to go back to reality : The Government were handing out goodies (or this time, railway contracts) to their mates; Barclays were getting fined for something else and yet still no-one in Britain has been nicked; Gideon has admitted that he was wrong about how much shit he said we were in . AGAIN.

The English lost again to the South Africans on the cricket field and, Worst of all, the fvcking soccer season has already started and it’s only the middle of August. We have lots more cricket left to play, the Ryder Cup is still a month away and the back-door-back-door-on-me-‘ead-john mob have started already.

But wait. Last night saw the opening ceremony of what promises to be the Best Paralympic Games in History. The omens were certainly good. The stadium was sold out; there were many more athletes on parade than ever before; and someone had finally twigged and replaced Paul McCartney with the much-more in-tune Professor Stephen Hawking. Hoorah ! At least he came in at the right time. Heather Mills must be kicking herself.

But just when I thought this will surely be the Best TV watching of the summer, Channel 4 dropped the Big One:  Claire Sodding Balding has jumped channels (which, I believe is now the only thing she can jump) from the Beeb.
Could it get any Worse, I wondered ?

I had a chat with someone today who refused to watch the Paralympic games because, as his argument goes, the teams are “full” of ex-servicemen. That the ceremony and competitions glorify and justify this “and Blair’s” governments’ decision to send men and women to war, and that this country would, at the drop of a hat, send many more back to be killed and maimed. He was not going to sanction this action by supporting these games. I pointed out that not all the athletes were ex-servicemen. “I bet about 95% are, though” he said. I left. He would not budge.

I didn’t care if they were or were not Army vets, but when I got home I looked it up anyway – just to enlighten me, and perhaps bolster my argument. According to yesterday’s Guardian the figure of ex-military in the GB team is 2%, By Rio in 2016 they hope to get it up to 5%. I couldn’t bring myself to ring my friend. I shall tell him face-to-face when we next meet. 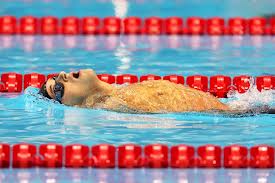 This morning I watched a bloke win a swimming race: 100 metres backstroke. He did this even though he was a double amputee. He had no arms and beat men who had both. By a long way. It was the most amazing performance I’ve ever seen. The Very Best. And we’ve only just finished Day 1. Please ignore everything you’ve read previously.

3 thoughts on “A Tale of One Summer”