Not since the planning of D-Day, when the Allies poured over maps of northern Europe has so much thought gone into and effort been spent on crossing the channel. Ike, Patton and Monty, housed in top-secret bunkers, argued over the merits of the Pas-de-Calais and the Normandy beaches and had to deal with a delay in launching the attack, having to wait for a window in the weather. Theirs was a massive aerial and seabourn invasion, relying on surprise, overwhelming forces and stirring, patriotic music.

66 years later, and from an undisclosed location in London (my house), the Incumbent and I had to choose between going by air, rail or sea to our planned destination of Amsterdam. Now the weather has made up our minds for us. Our force comprises of two people in one Toyota, relying on an alarm clock radio to wake us up, and a slow puncture on the car holding out, accompanied only by Status Quo OBE on the iPod. Unlike Monty, we can’t delay our crossing: there’s is no window in the weather system, but the hotel’s already booked. Fucking Volcano. 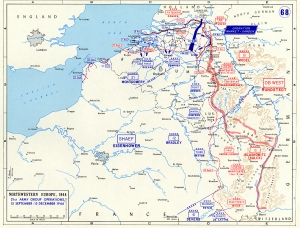 It became increasing clear that our BA tickets would be worthless. With all air traffic in Europe grounded due to the ash cloud, the train seemed the best option of getting to Europe. But Eurostar was reporting record passenger numbers and little hope of us getting on board. So on Thursday I secured our place on a boat from Dover. As no-one travels by boat any more, I managed to book easy enough online. The ferry departs at 0800hrs (ZULU) to take us onto Dunkirk, from where we intend to drive to Holland. The first problem will, of course, occur if there are so many people with the same idea the queue starts somewhere outside Dartford.

In 1944 Kent is said to have resembled a massive car park, as the invading armies and their vehicles queued up to board the ships which would take them to ‘have a crack at Gerry’. My fear is that the roads into Dover in the morning will be in a similar, gridlocked state, as we queue to board the boat which we hope will take us to have a crack at Dutch beer and waffles.

Once safely beached in continental Europe, we hang a left and drive like the wind for the Lowlands, in our own mini-version of Operation Market Garden. Like the tanks of Irish Guards in 1944 we will have to push, push, push northeast into Holland. They were trying to secure the bridges across the Meuse River, arriving before the defending German forces defeated the stranded allied paratroopers. We’ll be trying secure a place in a Park-n-Ride car park in Amsterdam, then to the hotel before they give our room away to stranded tourists.

By the way, Michael Caine led that column of tanks (in the film anyway). He was my hero. So what the FUCK was he doing flag-waving for the Tories at the rally last week ? Turncoat. I shall never watch Zulu again (or until and unless I’m very drunk).

Now where was I ? Ah yes, Amsterdam, for sure. I love Amsterdam. Keeping well clear of Muckystraat, which is easier to do than you might think, there’s lots of fun to be had. Good beer, proper pubs, many with proper, live music, the aforementioned waffles and of course cheese. All of which to be devoured with lashing of hot chips (yes, yes, yes, ok with mayonnaise, but you can avoid that if you are clever). If you survive that lot there’s all the museums, the Anne Frank House and, of course, the Flower Market. But I recommend lots of beer first.

On past trips (and there have been many) I have been guilty of over-indulging in all of the above, and after a particularly long and jolly evening a couple of years ago I took two hours finding my hotel after leaving a bar. I’d walked off in what I thought was the vague direction of the hotel and ended up circumnavigating the city. When I finally arrived in the lobby, how drunkly-smug with myself was I that I’d found the hotel without once having to ask for directions ? The next morning I discovered the bar was 200 yards away from my lodgings, and if I’d taken a left out of the bar, not a right I’d have been home in five minutes, wobbly legs allowing. I confess I said a rude word.

So this year, in an effort to keep me from straying too far, The Incumbent has booked a hotel which is not only a lot swisher and slicker than the hovels I’ve booked myself into in the past, but it’s also all-inclusive. For a goodly amount of Euros, the breakfast is inclusive. Drinks in the bar are included in the price. Even the mini bar in the room is all free, included in the price of the room ! It could be carnage. The chances of me wanting to leave and show the missus all the delights of Amsterdam on her first trip to the city are, at very best, minimal. A free bar and mini bar! Toblerone-me up!. If we get an upgrade to a suite we’ll have TWO to empty though, of course that may be a Fridge too Far. 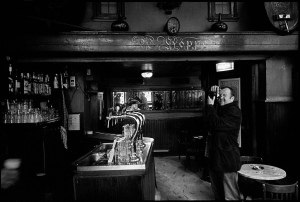