You can’t please all of the people all of the time. I’m fully aware that when I rant on about all things political, fair and socialist, many of you retreat to your panic rooms, put the duvet over your head and hope I’ll go away. On the other hand, when I put finger to keyboard and opine on the wonders of organised sport, the crumpet people among you flee to the safety of your pinafores and Strictly Come Dancing. Bless you’re little hearts.

Well, as I think we’ve all had our fill of RBS for one week, the Chris Huhne story has been and gone (I’m Chris Huhne and so is my wife), we have time to catch our breath before the crook David Laws (who Clegg thinks we’ve all forgotten about) is given his job back, and still months before I am arrested by the Thought Police for my views on the London Olympic Games, let’s get a round-up of this weekend’s sport. Sorry girls. 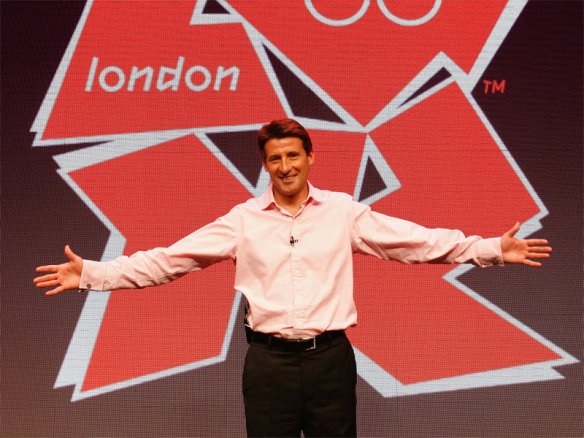 So let us indeed start with the Olympics. It won’t have been lost on you that there was an initial hiccup at the first meeting of Olympic volunteers – sorry Games Makers – when they started their training yesterday. These induction sessions are crucial if the maximum amount of cash is to be gleaned by as many corporate sponsors allowable by using as much free labour as is permitted by international regulations, orchestrated by the biggest corporate carve-up since RBS handed out taxpayers money as bonuses (oops! see what I did there? naughty boy). These poor sods even have to pay their fares there. And most will be stuck in a car park, pointing out the direction to the nearest McDonalds. You’ll see more athletic action if you’re stuck in a basement, cowering for your life in downtown Damascus.

Anyway, not everything went swimmingly for Seb’s Little Helpers. As the BBC put it:

But there were reports of train delays and local traffic congestion and some Games Makers reported they had problems getting to the venue.
Colin Foster, 43, from Gerrards Cross in Buckinghamshire said it took him two hours to drive the eight miles to the Arena. When he got there he then had to pay £22 to park nearby.
“I think it’s a bit steep when people are volunteering. We’re doing our bit giving up time and energy so to be charged is rather excessive”

Congestion in London ????  Train delays ???? Exorbitant prices ???? Well I never did. Whodathunk it ????  Not that, of course Seb’s mob admitted anything was wrong. The Goebbelesque method of propaganda which Locog (that’s what they call themselves) reacts to reported or forseeable problems with the games has only been surpassed in recent times by the crew of the Costa Concordia telling passengers to relax and go back to their cabins. And the band played on. For the record, Locog said it was surprised to hear of any problems, again according to the BBC.

It certainly came as a real shock to the rest of us too.

Meanwhile, away from snowy Blighty, the English Cricket team are being pummeled into submission by Pakistan. It’s painful to watch, but like rail disruption in the capital, not totally surprising. As reported here many times before, this current bunch of show ponies look overpaid, uncooked, over thier heads, and are under-performing over there. They can’t even blame a betting syndicate cheats on this disaster. What no-one seems to have foreseen was the the Pakistan team would have included several good spin bowlers, one of whom turns the balls both ways.

Wait a minute !!! Isn’t that cheating??  Can’t we imprison Sajeed Ajmal  for being able to bowl better than we can ??  It’s a bloody disgrace, I say. 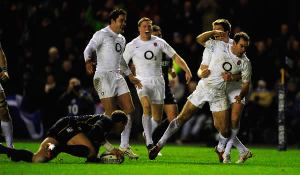 Closer to home, I feel lucky to have survived the Rugby match between Scotland and England yesterday. Not since the display by the London PR Team at the end of the Beijing Olympics has there been a more inept, toe-curlingly awful display in a major stadium, all captured in stunning HD for the world to watch in stunned silence. The phrase “looking like two drunk bald men fighting over a comb” can never have been used more aptly than to describe this truly awful spectacle. In a match which had already been marred by the sight of 22 child mascots dragged into the frozen wastes of Muyrryfield wearing little more than a pair of shorts, saw 44 huge men run around aimlessly to the strains of a whimpered “Swing Low” here, a choked “Flower of Scotland” there.

No-one-one does parochial pettiness better than the jocks, and if Alex Salmond had marched onto the pitch and demanded to hold a referendum on Scottish devolution there and then, it would have been more interesting than what was taking place on this pitch. After the match, the Scots knew they had missed a golden opportunity to beat a woeful English team. Jock Fly half Dan Parks (who’s about as Scottish as I am) was kicking himself in the changing room, only to miss with two kicks and have a third charged down.

So today we have more rugby when Ireland play Wales, which always promises great things and sees me don my traditional impartial kit of a green shirt and a pint of Guinness. On the world of OnMeEadSon we have Man Utd playing Chelsea. A lot of the gloss has been taken off this one by the fact that, through injury, we are to be denied the spectacle of Rio Ferdinand waking from his usual 40 winks half way through the second half and ploughing into former England Racist John Terry for abousing Rio’s little brother. Sorry that was a typo. Did I say England Racist ?  I meant to say cvnt. And for former read present and big. 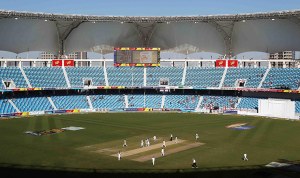 Over in the Middle East, Pakistan will doubtless move closer to wrapping up a 3-0 victory over the ever-popular English Cricket team, which will be a relief to all, especially the four blokes and the jack russell terrier who’ve actually paid money to sit in the stand and watch this rubbish.

Across the pond, the weekend ends with what passes for sport in the US – The Super Bowl. The New Improved Recipes play the New Lamps for Old in an encounter that proves to be the first Super Bowl since the last one. There was a time, back in the 80s when I’d have been all excited about this. I even attended a few Super Bowl parties, cheering on the Cowboys vrs the Redskins or the Packers, drinking beer til the early hours until it was time to fall asleep on someone’s floor. Thankfully I’ve grown older, fatter and tireder since then and this old body can barely make it past the Ten O’clock news, let alone keep awake to watch this, surely the most cynical of all advertising opportunities. I’ll watch a selection of the funny ads on Youtube tomorrow, just don’t pretend this is a sporting event. Coupled with the fact that the old cockney Madonna is serenading the crowd at half time makes this the most missable event since Diana Ross took a penalty at the world cup (an event which sums up all you need to know about the US corporate world’s relationship with sport).

Anyway, before I go to practise my rendition of Fields of Athenry I shall leave you with this, another old git ranting on about football, soccer and America. It was sent to me by another sports fan, this time a Jock who was keeping strangely quiet through yesterday’s festivities in Edinburgh. He’s like that when Scotland play. Anything. 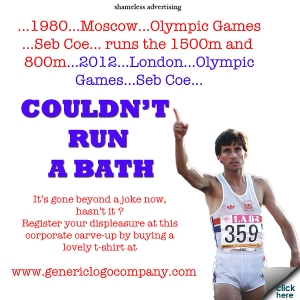 3 thoughts on “Other Blogs are Available”