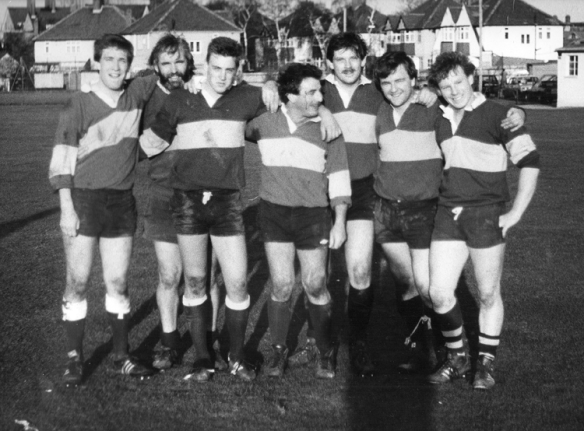 South London, early 1980s. One of the more unlikely rugby 7’s teams to ever take the field. None of us wanted to play. It was bloody hot, the bar was open all day and our plan was to get knocked out in the first round and spend all afternoon quaffing and watching others toil in the heat. All went well and we were indeed bundled out of the main competition at the first hurdle. However, such was the brain’s trust that was our team, we’d forgotten about the plate competition for early losers.

Armed with two men looking down the wrong end of forty and five other hangover victims, and led by the every-young and ever-smiling Des Burney (middle, bloodied, smiling) several games later we  stupidly went and won the sodding thing.  You may be able to detect the fatigue in the above victory snap. This remains the only competition (plate or otherwise) I ever won as a rugby player. And it hurt.

Thanks Des. We’ll all miss you.

6 thoughts on “A Magnificent 7”