The ‘Best Before End’ date on the bottle of beer I’m drinking is Feb 2011. Now there’s a hypothetical date if I’ve ever heard one. I can’t remember ever going to the fridge with my customary thirst, only to be disappointed as the only beer there in is out of date. Ok then, smart-arse, have you ? I guess, if I’m really honest, that beer does eventually go off but I suspect not in my lifetime. If ever there was a waste of machinery, process and ink it’s that little line which tells you when your brew is best drunk by. I know I’m best drunk by 11 o’clock but, really, for how long do these guys reckon we keep beer in our fridges ? It’s mid-July now and if the rest of that case is still in the cool box by February next year then something has gone horribly wrong.

That case of champagne which they found at the bottom of the sea last week was dated 1789 and they reckon it’s still quaffable, so what’s the chances of a bottle of Grolsch going on the turn in the near future ? Slim, I suspect. I can only assume the printed date is all a cunning ruse to make us drink more and drink quicker. Shame on them, I suppose, but rules are rules and who am I to put the brewing industry out of business ? Millions of people rely on people like me to keep them in gainful employ and I’m not gonna be the one to put their livelihoods in jeopardy.

Long ago a mate of mine worked for a brewery and his job entailed driving a lorry laden with “out of date” or “damaged ” cans to the crusher to be disposed of. Sadly, sometimes he got lost. For one long wonderful summer everyone he knew (me included) had fridges, eskis and cupboards jam-packed with cans of Budweiser which were 4 weeks overdue and Fosters with slight dents on them They literally had fallen off a lorry, but we weren’t complaining. Neither brand is my weapon of choice but ,hey, who cares ? A lot of milk went off that summer – I didn’t have room for it in the fridge.

I’m off up north on Friday for a weekend’s cricket in the Wirral (that’s posh Liverpool to you and me) so I went through my ever-expanding medical bag to see what I’m gonna need to get me through this short tour. On first glance it doesn’t seem too bad at all. I have nice new tubes of Savlon (for cuts and grazes) and Voltarol (aches and pains), fresh packets of Crampex (muscle cramp) and Dioralyte (guess). The Imodium Plus (ditto) is only a year old, so they’re good to go (as it were). The ever-present loo-roll is in mint condition.

The tins of Deep Heat and Deep Freeze sprays have ‘use by’ dates or 2002 and 2004 respectively, but they’re both still half full and I’m buggered if I’m gonna buy replacements. The tube of E45 cream (marvellous for jock-rot) is so old that the date has faded to the point where I can’t even read it, but I’m sure I’ll squeeze another season out of it anyway. The packet of sticking plasters says to use them by 2008, but I am ignoring that as it’s just plain stupid. My main worry is the whacking great tube of Nurofen Gel which I use for anything that isn’t covered by the above. The ‘Use By’ date on that one is June 2014. I’ll never make it. 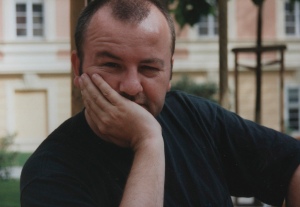