I wasn’t going to write about the death of J.D.Salinger. Surely enough has been written? (and he never bothered to leave a comment on these pages). But then I thought I could perform a great service for anyone tempted to read him for the first time following the acres of copy written after his demise. Mr Salinger was a renowned American author, though for many of us, perhaps moreso on this side of the pond, I suspect his name first came into our consciousness via the reported antics of juvenile assassins and teenage mass-murderers. 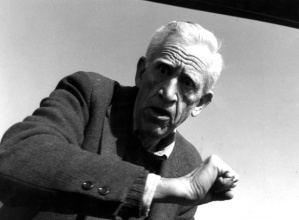 When I was but a surly youth it seemed that you couldn’t turn on the evening news without someone having been shot down by the NYPD or similar for killing some celebrity such as Lennon or McCartney (well,you can dream) or instigating the massacre of a whole commune of cultish (spellcheck please) and religious nutcases somewhere in the Great American Midwest. Time and time again it seemed that the doers of these dreadful deeds appeared to have read Salinger’s novel The Catcher in the Rye before they decided to pull the trigger.

A conveyor belt of judges and jurors were subjected to the flimsy defence of surviving adolescent would-be murderers, blaming Rye for tipping them over the edge, such was it’s subject matter. It’s touted as a book with “themes of teenage confusion, angst, alienation and rebellion”.Read this book, so the theory went, and you’d immediately develop a hatred of tutors, teachers and authority figures everywhere.

“That sounds the very thing for me!” thought a young me, who had already started grooming his black puppy. So I bought myself a copy of the book, fully expecting to turn into an axe-wielding homicidal maniac. There were a few teachers at school who deserved to be vapourised, and this sounded like the very accelerant I needed. 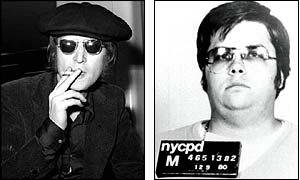 My targets, however, were saved by one small yet important fact : The Catcher in the Rye is a bag of old shite. It is THE dullest collection of self-important ramblings ever written (and I’ve read The Daily Mail). It IS , honest. There I was, aching for an excuse to end it all, and as far as I’m concerned it’s a cure from insomnia. The only people I wanted to kill after reading it were Salinger, his agent and his publisher. I may be wrong about this, but I doubt it. Feel free to tell me otherwise.

If you really want to get angry or depressed, or dabble in a spot of murder why not ingest a tome by Elizabeth Gilbert? Her brand of sickly shit chick-lit has already landed her a movie contract for the dramatisation of her first great work Eat Love Pray, a piece of celluloid sewage soon to be at a movie theatre far away from me, and starring Julia Roberts (shame on you). It’s another example of the creeping crud that is blighting all our lives. Let’s strangle this bollocks at birth.

If on the other hand you don’t live your life through Desperate Housewives or Bridget Jones, and would like to rebel against this post-feminist, Spice Girl/Anna Wintour/Alpha Female fuckfest which is infesting our arts and media (and would enjoy having a wee titter along the way) can I suggest you look no further than the magnificent drinkcursehate.wordpress.com. It’s a website written by three blokes who want to live as blokes in the world they thought they were growing up into during the 70’s, not as the cowering, emasculated sheep which a diet of Sex in the City, Strictly Come Shopping or Eat Love Pray would have them be. It hopes to be the antidote to Marie Claire and the Mail on Sunday. You might like it. Especially if you happen to be a fella.

Finally, a little self-congrats: Happy 1st Anniversary, The Sharp Single. Who said it’d never last? Tell your friends, tell your enemies, tell anyone with money who might want to pay me money to write this kind of rubbish.

5 thoughts on “Catching 40 Winks in the Rye”