Well that’s that, then. Time to pack away your shorts and sandals, put the covers on the garden furniture and start the never-ending process of sweeping up leaves. As a default position I’ll be drinking Guinness instead of lager, and if I fancy that something a little bit different I’ll opt for a scotch (size to your discretion) rather than a Magners. Roast potatoes will be on the bars of the nation of a Sunday lunchtime, and the social lepers will drag on their gaspers while huddled round the patio heaters in the garden.

In the mornings it’ll take just that little bit longer to raise yourself from beneath the duvet. It’s a time to delve deep into the back of the wardrobe and re-discover those long-forgotten woolies and overcoats. It’s also the time to play chicken at home. Who will blink first and put the central heating on or stoke up the fire? “Close those bloody curtains, it’s freezing in here!” Life in London will be spent in virtual darkness, only very occasionally punctuated by spells of bright, crisp days, when we’ll moan cos we’ve slipped over on the ice outside.

You’ll walk to the station in the morning and from the station in the evening, never spying the sun as you do so. Wrapped up against the elements with perhaps a hat perched at a jaunty angle on your head, you battle your way through the masses of arseholes and their eye-gouging umbrellas on the station platform. It’s gonna be dark, damp and cold. They’ll be a nasty nip in the air. Are scarves in this year, and if so at what length and what’s the fashionable way to wear them? You’ll have plenty of time to get it just right, as the first cold snap or fall of leaves will delay your train service into the metropolis. Last year during a heavy snowfall the London Underground ground to a halt. How the fuck does that happen?

The trains and the offices of the land will be alive with the coughs and the sniffles of those suffering the latest bout of bugs. Steam will rise from the gloves perched on radiators, placed there in the hope they’ll be dry by home time. There will be empty seats at desks cos ‘Julie has a cold’ or “Dave has the flu”. The perennial malingers have a friend this year in swine flu, offering the perfect alibi for a day off work. It’s a brave boss this winter who will insist you come into the office with suspect symptoms. Having typed that I will doubtless come down with it myself. But for real. Honest.

For those of us who manage to struggle into the office, sundowners on the way home will be a thing of the past, that pleasure of having a quiet sup by the river as the sun sets having been replaced by the joy of a standing by a real fire in a real boozer. It’s early October so the posters to entice you to book your Christmas party will already be festooning the walls of pubs and restaurants. We’re seconds away from this year’s M&S and Coke ads on the telly. My 45th birthday will come and go and my Black Dog will scratch at the door. This year he’s not invited in. 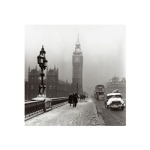 The soccer season will continue unabated, apart for the poorer clubs who don’t possess undersoil heating. The England cricket team will show us new and un-entertaining ways of how to lose matches abroad. Strictly Come Dancing, the X Factor and the like will clog up the schedules until the festive season, by which time you have done your bollocks on pressies, and are able to recite word-for-word both those M&S and the Coke ads. You’ve bought enough food and booze to feed the street, all the while moaning that you only do Christmas for the kids. The kids buggered off round their mates yonks ago.

January comes and you’re even fatter than you were in December, and you vow never to look another Jack n coke (Coke Is It!) in the eye again. If you didn’t purge yourself in November in preparation for the big push, you go on the wagon for the whole of January, which usually lasts 13 days until you have to go out for a drink with your mate on his birthday. Life continues in the dark and the wet of the early months, your eyes peeled for the green shoots of Spring. No-one knows when Easter is as the fuckers have moved it again, the only ones in-the-know being Devil-Dodgers and Sheave-Bringers, and they’re few and far between, thank Christ. The Six Nations Rugby offers a glimmer of hope: It takes so long nowadays that you know by the end of it you’ll be rubbing linseed oil into your bat and liniment into your groin.

Then it all happens at once, seemingly. The National, the Boat Race, then it’s here: the traditional start of the season: The Marathon. The first drink of the year without wearing a coat, and the biggest hangover of the year. It’s six months away, but stick with me kid- we’ll get through the dark times together. Wrap up warm, have a regular wee dram to warm the cockles, close your eyes, think of cold beer, hard pitches, hot tea, blind umpires and cricket pavilions and it’ll be spring before you know it. 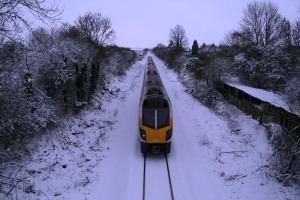