Take a note of the day you read this: I feel sorry for the Australians. I do, honestly. I had two clear LBW decisions turned down by the umpire yesterday, and at the other end, we had their opening batsman stumped by about a yard but their umpire refused to give it. Not even a referral. There is a theory (which I’m formulating) that no cricket match should take place without the setting up of cameras at either end, behind the bowlers arm, and square of both ends of the wicket.

Pub and village sides already have to supply the balls, stumps, umpires coats, even the sandwiches so would it be too hard to get four (six would be even better) of the team to arrive with a camera (with tripod, preferably) to position at strategic points around the boundary ? This would go a long way to banishing dodgy decisions from bent umps on the village greens of England (yes, yes, okay, and Wales).

Everyone has a camera (and therefore all think they’re photographers, especially writers) and most cameras these days come with a video mode. When an iffy call was made and challenged we could all troop to the boundary and study the footage. It wouldn’t take any more than fifteen minutes of argument, I’m sure. 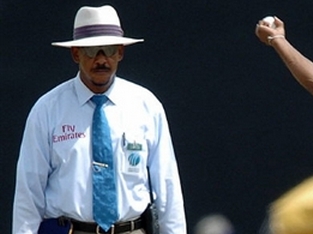 On the other hand we could just get on with the game, trust the umpires and players to be honest and decent. If we go down the video route and ask for each and every decision to be scrutinised by the fourth, fifth or sixth official we may as well get rid of the officials on the field altogether. We could call it Grid Iron Cricket, or somesuch.

For much of yesterday’s game we stood in light drizzle and strong, gusting wind. It wasn’t ideal, but we played on. We got the game finished and no-one was hurt (apart from a fielder who snagged his goolies on the barbed wire fence surrounding the pitch). Driving home last night listening to a phone-in on the radio one caller suggested to save losing time in Test matches and to make conditions “fair” for both teams the ECB should invest in a roof for Lords (and presumably all the other English (and Welsh) Test venues. I nearly careered of the M25.

Apart from the small matters of cost, practicality, humidity and numerous other atmospherics, IT’S AN OUTDOOR SPORT, FOR FUCK’S SAKE!!!!!!! Did anyone see Tiger throw is five iron out of his pram when a gust of nasty Scottish wind caught his approach shot?? Perhaps we should put a roof over Turnberry, St Andrews and Sandwich? Let’s get video referees to see if a blade of grass got between ball and club, which was why Tiger didn’t get backspin? Stop play when it rains or gets a bit chilly?? Thank Christ for Tom Watson. He showed a few of these powdered ponces how to play the game as it was meant to be played.

Golf, like cricket (and, while we’re at it, rugby and soccer) are outdoor sports. They were invented to be played in the elements. Anyone who’s ever played full-back at rugby on a cold and blustery afternoon in January will attest to how bloody hard and miserable it is. But that’s the game. If you don’t wanna feel the wind gusting around, carrying the ball off in all sorts of directions, and your fingers, frozen to the bone and numb to the tips, fail you as you try to grab hold of this bar-of-soap before the entire back row smash you into the icy mud below then I suggest you either play all your games in Cardiff or buy an X-Box. 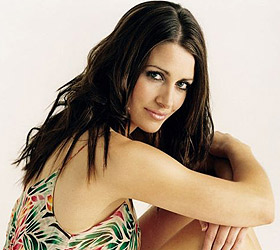 If your idea of golf is a windless day, with perfect greens and nice, flat, soft, fluffy fairways which allow one to float a wedge into within 6 foot of every pin then you can go into Tiger Woods 09 on the Wii and select “turn off elements”. It’s a pastime but it’s not sport. A bit like tennis. I blame Wimbledon for a lot of things, particularly endless Tiger Tim and Morbid Murray headlines, and the rise of the middle class woman into the assumed status of ‘sports fan’. Listen, darling, two weeks of stealing the best armchair in the house, painting your face with a union flag and understanding Hawkeye doesn’t suddenly turn you into Desmond Lynham or even Kirsty Gallagher (bless her). But now that you have your bleedin roof over centre court all the other part-time sofa-jocks think it’ll work for every other sport.

Watch Brian Glover in Kes playing the PE master pretending to be Bobby Charlton and you lot will realise how football AND ALL REAL SPORT should be played. NOT in manicured sports halls, NOT under the supervision of fifty tv cameras but outside, on grass under the clouds and officiated by proper humans, complete with all the frailties, weaknesses and mistakes that humans bring with them. 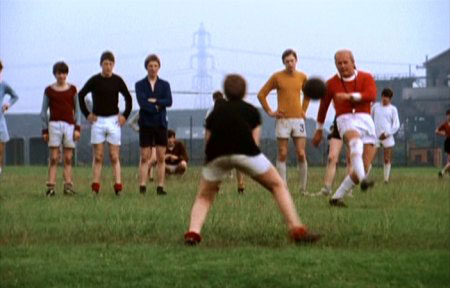 For the record, I hit 28 runs (16 of them off a 17 yr old girl’s bowling. It was her first ever game) and took 3 wickets (one of which was that of the girl’s even younger girlfriend). I feel it’s only a matter of time til I get a call-up for England. Move over Freddie.

3 thoughts on “Going Upstairs for a Decision”