There is now five times more litter in this country than in 1963. There are now more rats in the UK than people (Dwain Chambers, Peter Hain and Fred Goodwin count in each column). We’re also told that Britain now has a quarter of the world’s CCTV cameras—presumably to film the rats.

Those of us who don’t feel threatened by the cameras, nevertheless question their worth. Admittedly, they once successfully managed to follow a Brazilian backpacker from his flat to a tube station, but a fat lot of good that did him, poor sod. BUT, you can guarantee that the next time you’re in dire need of a lamp post on the way home, your urinary diversion will be captured on super-8 and be submitted as evidence against you when you’re hauled up in front of the Beak.

Surely if we spent a little less on cameras, and a little more on refuse collectors, we might create a less-threatening, Big Brother environment, get more people in work (I know, it’ll never catch on) and deprive ratty of a ready-meal. 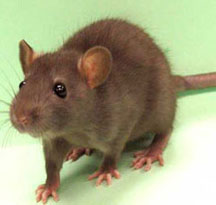 I can’t help thinking that those who jump on the Green Lobby’s household waste-recycling bandwagon are unwittingly contributing to the problem: Most councils are reducing rubbish collection, especially from the green bins, to fortnightly collections, which gives our furry friends more time to sample the delights of last’s night’s chicken korma, or even last week’s nut roast.

Until Big Business stops pumping crap into the ozone, and producing mountains of waste the size of Wales (why is it always Wales?) we shouldn’t be guilt-tripped into helping save the planet. Lord Beaverbook did the same during the war: persuading the women of Britain to give up their pots n pans, their husbands to donate their car-tyres, and schools to dismantle their railings, all to make Spitfires and Lancasters to fight the Germans. The result? Absolutely bugger all. Not a single plane was made and no Germans slaughtered as a result (not even Edmund Blackadder’s famous “daschund with a slight limp”) But it felt like the little people were “doing their bit” for the war effort. Cobblers.

So here’s the thing: start off by forcing Fred The Shred to empty bins 3 times-a-week. No, scratch that. Dwain would do it much faster. Fred can drive the truck. I fear Peter Hain would be harder to catch. He’ll be off looking for another ship to desert with the rest of his rodenty rabble-rousers.