A crooked line-out throw, two neck tackles (both by Brian Williams on JPR), a couple of knock-ons, a forward pass or two, 30 pairs of enormous sideburns.

Cliff Morgan, who has died today, was arguably an even better asset to Rugby Union behind the mic than he was on the pitch as he was as an international Fly Half. Mind you, he was pretty good at both. I’m only old enough to remember him as a Captain on A Question of Sport and he was skilled at that too. He was very Welsh and very proud of it too. He always came across as a genuinely charming bloke too.

Chiefly, though, he will be remembered for the most memorable of descriptions of one of the great tries of all time , probably second only to that solo effort I scored against Canvey Island in 1989. (You had to be there.) 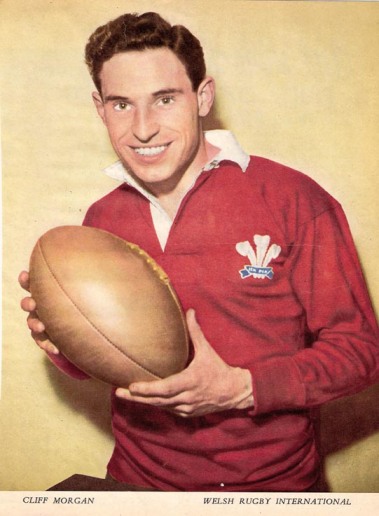 4 thoughts on “Oh, That Fellow Morgan !”