Australia scored a huge moral victory today when the world’s media decided, as one, that the England Cricket Team were batting too slowly. In a test match. Newspapers and media commentators from both ends of the globe were united in their damning of English tactics in the Fifth and final Test at The Oval.

Down under, Ockers in bars across the colony— from Wagga all the way to Wagga—could be heard to whine in celebratory unison at the attack on the English decision (on the season’s slowest pitch) not to lose the match and consolidate their 3-0 lead. The Aussie team, led by skipper Michael ‘Bloody’ Clarke, and in lieu of bowling the opposition out, opted for calling Pietersen nasty names and bowling the ball to 2nd slip (presumably as some sort or Homage d’Harmison). This enormous vote of disapproval at the speed of the English batsmen means the scoreline in the series has now changed to …er…3-0 to England.

Not since a girl called Mary was followed about everywhere she went by her companion with a fleece as white as snow has there been such constant bleating for so long. Much has been made about the plummeting of Australia down the Test Match Rankings, but the ACB will be proud of the fact that their fans have reached the top of the Whinging Fans Table, removing French Rugby Supporters from the top of the “Whole World’s Against Us Championship” (Sponsored by Brains Beer).

But this is no fluke, no flash in the pan. It has been worked on all summer, ever since the Aussie Tourists lost to Roedean Girls School by an innings and 74 runs on a slow turner in May. While the Strines‘ Upper, Upper Middle and Lower Middle batting order practised batting collapses, the fans were drawing up a war chest of moans, complaints and whines to be gradually introduced to and shot at the English public throughout the season.

And how they’ve fired them off:

The Umpires are too foreign; DRS is too unreliable; The grounds are too small (they can’t get tickets to the matches so they can moan about the English); The pitches are too dry; it only rains when we’re winning ; Stuart Broad is a Cheat; Root provoked the Punch (and he’s a cheat); they’re batting too slow; the commentators are too posh/biased/insulting/use long words; The grass is too green (ok, I made that last one up—but only that one) . etc etc etc.

The ICC are investigating claims by the BCCI, the ruling body of Indian Cricket, that they have the monopoly on Sore Losing, and that the Aussies are in danger or breaching their copyright on it.

The MCC have made a formal apology to Australia and indeed the whole of the Commonwealth and given an undertaking that they won’t try to save a cricket match again, or ensure that they don’t give the opposition a sniff.  Rather they will play dashing, exciting cricket, giving no heed to throwing away the contest. It is believed the have contacted Mickey Arthur with a view to a possible advisory role. 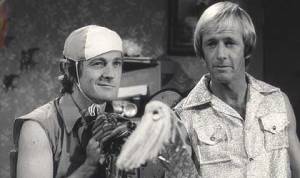 In a totally unrelated incident, Police have discovered a small heard of sheep in a bar in Brisbane. The animals have remained undetected in the Inn for six weeks, mingling with the local sports fans. They were only given away when one of their member got into a fight with a group of cricket fans when he asked them to keep the bleating down.

7 thoughts on “English Try not to Lose Match. Questions in the House.”