The following piece needs no introduction, save that it came from The Washington Post, so you can take it to be true. Not that you need to be told from which country it came. It could only happen in one country.

The American Family Association obviously didn’t foresee the problems that might arise with its strict policy to always replace the word “gay” with “homosexual” on the Web site of its Christian news outlet,OneNewsNow. The group’s automated system for changing the forbidden word wound up publishing a story about a world-class sprinter named “Tyson Homosexual” who qualified this week for the Beijing Olympics. 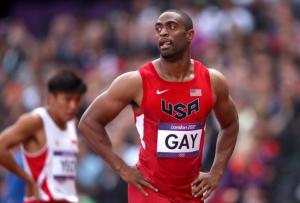 Tyson Homosexual was a blur in blue, sprinting 100 meters faster than anyone ever has.

His time of 9.68 seconds at the U.S. Olympic trials Sunday doesn’t count as a world record, because it was run with the help of a too-strong tailwind. Here’s what does matter: Homosexual qualified for his first Summer Games team and served notice he’s certainly someone to watch in Beijing.

I cannot add anything to that.

“Oh say can you see,
By the dawn’s early light…”

2 thoughts on “Tyson is Homosexual (No, not that one)”