Don’t you hate it when you’re told what to think ? Tune into the 6 o’clock or 10 o’clock news and get bombarded with stories stoking up the ‘excitement’ in anticipation of the Olympic Games and the patriotic revelry over HMQs 60th Jubilee. Everyone’s excited, everyone’s throwing a street party/volunteering to help/ buying a ticket/wearing a funny hat cos THE WHOLE OF THE COUNTRY LOVES IT !!!!!. Really ? Come down my street, mate and test the waters. You could cut the atmosphere with a block of  lard. But there is no doubt that all of us are behind both Brenda and Seb when it comes to this year’s celebrations – well, not according to the force-fed stories the Beeb are putting out. There’s nothing like objective journalism, and this is nothing like it.

If you’ve been watching the BBC’s coverage of the London Mayoral election, you could be forgiven for thinking there were only two candidates – Bonkers Boris Johnson and Honest Ken Livingstone (and by the way, Manchester, Brimingham, Glasgow et all, you ARE interested in all this:cos the BBC TELLS you that you are, that’s why). Admittedly, between them they do make a riveting contest, albeit in the way that watching two grandmothers argue over who’s gonna look after the grandkids is riveting. Mind you, I’ve yet to hear any nan in my family call the other a “fucking liar” as Boris did to Ken after their LBC bust up this week.

With a month or so still to go, I’m sure someone will dig something up on the other one which will tip the balance at the polls, but my bet is both will distance themselves from their party leaders over in Westminster – two of the most loathed men in the kingdom. Ken and Boris are bright enough to employ that bargepole when Dave and Milibean come to town, and who can blame them ?

As a copper, Brian was and is one of the very few not to currently be under investigation for racial abuse, or arrested for his dealings with News International. So a Copper and a LibDem. The rush of the electorate scrambling to vote for him will be deafening. Nice bum, though.

The BNP triumphantly announced that their candidate was to be  their press officer Carlos Cortiglia. The more alert of you will notice a less than British ring to his name. Carlos was born in Uruguay to parents of Italian and Spanish ancestry then moved to England in 1989, presumably on his never-ending quest to find a someone who doesn’t feel the urge to slap that face. The Nazis see his appointment as proof that the BNP are no racists. As their website puts it “So much for ‘xenophobic’!” British National Party chooses Italian for London mayor“. It certainly has already proved to be a little taxing for the knuckle-draggers in my local pub l as the regulars debate on the merits of choosing between “a bender, a wop and a commie” (I am unsure which one of these descriptions was aimed at Boris ).

UKIP seem like they’ve finally decided to call it a day and not put up a candidate for the post. At least it looks like that when you see the list of candidates. But on further investigation into Lawrence Webb reveals that, although he is standing on the ticket of “Fresh Choice for London”, he is in fact he UKIP candidate. Perhaps they thought having UKIP, BNP and LibDem on the polling card would split the Complete Cvnt vote ? (there’s also a bit of a visual clue to who he represents in some of the photos of him they’re touting about.

Then there’s the token genuinely independent candidate, Siobhan Benita, who is the daughter of an Anglo-Indian mum and Cornish dad (more issues which I’m sure Carlos and Lawrence would dearly love to chat to her about as she’s deported). 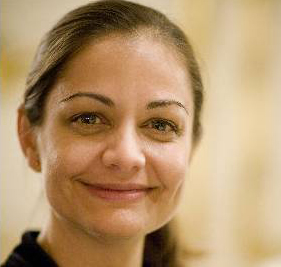 Benita has several obvious advantages over her rivals: 1) she’s a woman; 2) she’s not Ken; 3) or Boris; 4) she doesn’t look like a complete bonkeroonee crook (note I said she doesn’t look like one – I stand to be corrected) . She has been accused of playing the ‘babe’ card, but let’s be honest if you look like she does and stand next to any of the above, how can the fact that you don’t make people feel physically ill not be worth promoting.

Which brings me nicely to our final contestant, Jenny Jones, representing the Hosepipe Ban party. Somewhere in East Sussex, there’s a room full of hessian-wearing 70s throwbacks who thought picking a bona fide loony would be a good idea. Jenny wants us all to return to wearing Wode and get our water from droplets left on rose petals. It’s difficult to vote for a political party who’s policies to bring us out of recession start and end at forcing the army to wear British-made organically-grown wicker helmets. She also looks like an explosion in a Scary Spice factory, but that would be too cruel to point out. 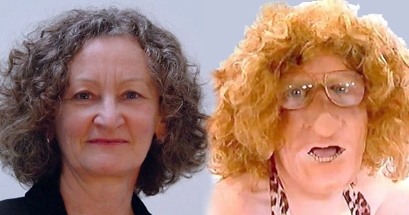 Don’t forget to register to vote.  Oooh! me minge. 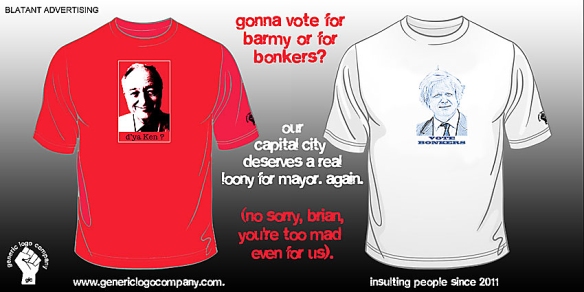