Autumn. Conkers. Squirrels. Cold snaps. Crisp mornings, chilly nights. Leaves falling off, evening closing in, windscreens frosting up. Harvest festivals, the bringing in of the sheaves. It’s a time of change. It’s the end of the season: time to pack away the pads and the bats, put the snorkel back in the loft, the Speedos (still unworn) in the bottom drawer. It’s the start of the season: out with the gumshield, buy a new tube of the liniment, dust off the woolly hat, eek out the hipflask. The ground takes a stud, the grass no longer grazes your knees, you can see your breath as you gasp for it by the corner flag. 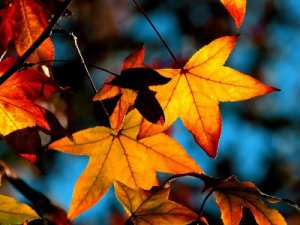 Things to look forward to: The Ryder Cup; The Ashes Series; the first M&S Christmas advert; the smell of a hot radiator; Trick or Treat. Things to dread: Charlton in a relegation six-pointer; the new season of The Apprentice; Strictly Come Dancing; The Labour Party conference and Guy Fawkes Night (if that’s not repeating myself).

By way of a change, and in a vain attempt to redeem themselves in my eyes, The BBC weather bureau accurately predicted the end of the summer. They said the last day would be Wednesday and, sure enough Wednesday it was. It was gorgeous. As it happened three of us took to the golf course and we couldn’t have picked a more splendid day to waggle our mashie niblicks around in the open air.

My pal, Big H, is a member of the local golf club, Blackheath, and kindly invited Shaun and I to play a round with him. Blackheath is the world’s oldest golf club, which was fitting as I played it like the world’s oldest golfer. To be fair, my first half-dozen holes were decent enough for one who hadn’t picked up a club for over seven years. However, the effort of whacking a little ball around a few miles of parkland soon took it’s toll on these old bones and by the 10th I was sweating audibly, my feet were quite literally bleeding and I was screaming for my mum long before I limped up the 18th. 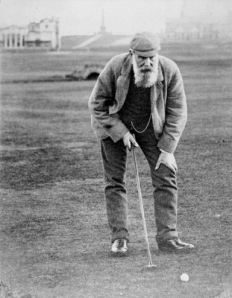 I have spent many a year explaining (mainly to women and Americans) how tiring and taxing on the body a game of cricket can be, but imagine the look of incredulation on The Incumbent’s face when she saw me the following day, looking as if I’d been run over my a truck. It’s an age thing, you see, and no matter that 80 year old men happily play four games of golf-a-week without so much as a stiff back, or that there are 50 year old cricketers leading their club’s averages, my body has decided to call time early on my chosen sporting careers. I’m not in the Autumn of my cricketing or golfing life, more like the New Year’s Eve party of it- somewhere between the “can I put your coat up in the bedroom” and the “Auld Lang Syne” of it.

The previous weekend I’d had to cry off the last cricket match of the season, citing knee and ankle failure. It was a depressing decision to have to make, knowing it’d be the best part of seven months before my next one. But I was in so much pain it seemed the sensible thing to do. When later the chance to play golf came along I couldn’t resist digging out my 30 year-old golf shoes (the style of which attracted much derision and mirth from my playing partners) and borrowing a set of clubs.

As nice as they are, it was more than my pals could manage to conceal their amazement at my lack-of-fitness. I dunno why: I’ve never been fit. But the rapidity of my decent into a pool of moaning sweat had them fearing for my wellbeing. Dare I play again ? Will I be asked ? If I do play, will the paramedics be on stand-by? Or do I give it up as a bad job, wait until the 2011 cricket season begins and believe that somehow my body will repair itself in time for me to take an active part ?

There have been discussions (albeit a wee bit one-sided) on trying to get fit. Swimming has been muted. Someone actually mentioned joining the gym. Someone else even suggested dance classes. I glazed over like Homer Simpson at a school play. My mate Johnny Mac (he who has just run from John O Groats to Lands End) even said to me over a pint the other night that “everyone want’s to stay fit, don’t they?” He could tell from my expression he may as well as offered me a half-pint.

So I am seriously considering giving it all up. I’ve had a decent run, after all, and maybe it’s time to stand aside and yet youth flourish ? On most summer Saturdays, by the time I strap on the knee-supports, apply the Ralgex and pop half a dozen pain-killers the game’s already started. If I can’t meander around a short-ish, flat-ish golf course without squealing like a stuck pig maybe it’s time to look for other ways to participate in sport ? 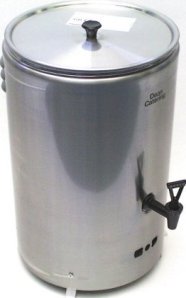 I know how to cut up a half-time orange, fill up the tea-urn or run the bath for the lads while they’re out on the field of play. If pushed, I could be the linesman or touch-judge, as long as the players don’t run too fast. At a push I’d drive the team bus. I could umpire, though don’t ask me to caddy (those golf bags are heavy). There are many, much older than me who will scoff and scorn me for being such a lardy wimp, people who keep themselves in reasonable shape and whose weekends still entail pulling on the boots or the plus-fours, polishing off their bowls or even donning singlet and trotting off for a brisk 10-mile run.

But it just sounds too much like hard work to me. Pass me that shooting stick and hand me the program. I’ll queue up for the Bovril, I’ll happily prepare the picnic basket. Let me join the 100 Club and if you’re short I’ll even mark out the pitch, put out the flags or help out behind the bar. I love the game, I adore the competition, I am never happier than when I walk onto the first tee, or take a shiny red cricket ball on my hand or (back in the days of yore) jog out onto the field and stare down my opposite number. I’d always rather lose 22-21 than win 40-nil. But now it hurts. A lot.

It hurts more than it ever did. It starts hurting sooner and it hurts for longer. Sometimes it even hurts before the match starts. So as I sit here, three days since I peeled off those painful, painful golf shoes and I’m still feeling the pain, it’s now surely time to say “time’s up” My cricket captain never reads this rubbish so I’ll have to write and tell him. I’ve announced my retirement to him before and he ignores me, but this time I mean it. Honest. Having not donned golfing troos for the best part of a decade, my pals won’t exactly mourn my passing.

I can always meet them in the bar after. I’ll be snuggled up in front of Strictly, awaiting Sports Personality of the Year. Anyone fancy a game of crib?