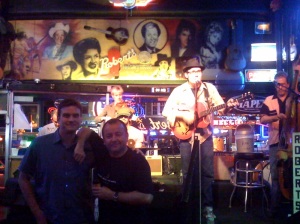 It’s a wonderful thing, this old interweb. No Sooner had I posted the last blog about deleting my Jackson rant, then my old mate Jim in New York (who really should be asleep) somehow recovered it for me and sent it back to me (see below). His chilling opening line of “remember, nothing is ever deleted on the internet” does give me pause. Really??? Nothing at all? How does that work then? What if I have a spiritual moment and I discover I actually do like Hazel Blears, Jacko or Clare Balding after all? Say I suddenly convert to Conservatism, or start riding a bike into work? Does that mean I can never hide my tracks by deleting all offensive material I’ve ever written on here? That is scary. Anyway, without further ado here’s the original blog written, please remember, after several gallons of Dr Carlsberg’s cure-all on Thursday night. Apologies to those who are reading it for a second time. (And if you still want more of the same, go and see what Angry from Manchester has to say about it all)

Breaking news: any of you who bothered to enter my ” How-Many-Dates-Will-Michael-Jackson Play in Greenwich” sweep will be sad to learn that I’m keeping the cash. Oddly, no-one predicted “none”. Oh well, one less kiddy-fiddler wandering around the planet, I suppose.

Most perverts, of course, don’t have the money to pay-off their victims so they won’t testify against them, but this bloke (sic) did, so—how can I put it?— bovvered. Odd to say I’m sad I never saw him perform live. As a kid I (like everyone) had Thriller and Off The Wall and musically the bloke was a genius, obviously, (History is still a magnificent piece of work) but I wouldn’t want Mozart wanking-off my eight-year-old either. The only thing I’m amazed at is that, at this early hour, he seems to have died a normal death (conspiracy theorists and later news items may prove me wrong).

Farrah Fawcett is doomed to be the Mother Theresa to Jackson’s Diana. That’s sad. Apart from being an icon to hetros and gays alike, I adored FF and I was sad to here of her demise. She had a few grand moments which we’ll all remember, unlike Jacko who had thousands, but who would you like to babysit your kids? His skin at the end would almost qualify him as a BNP member (I’m guessing he had no Welsh blood?)

Eccentric Peter Pan of pop? My arse. I can say “My arse” now, cos he’s Out of My Life. And thank fuck for that.