They were taking bets on what colour hat The Queen would wear to the Derby today. Bookmakers Paddy Power had lilac as odds-on favourite. Yellow, light blue and white all had interest from the punters, but her Maj—a dark horse herself— turned up in the paddock wearing some sort of pink bush-hat and the bookies had a field day. I’ve lost count how many times someone in my office (it’s usually a bloke from the post-room) has come to me with inside info from a trainer, a coach, a stable-boy, an insider (though rarely a milliner) telling me that a certain horse/dog/hat is a dead-cert, then I stick a crafty fiver on it and imagine the riches of the Indus coming my way via the Turf Accountant. A few hours later the race is run, the match is over or the hat donned and I’m left counting my losses, vowing never again to listen to any more ‘tips’ from that berk who delivers the Evening Standard. Jeffery Bernard once said “One way to stop a runaway horse is to bet on him” and I am living proof that the fine old bugger was, as on so many things, absolutely right. 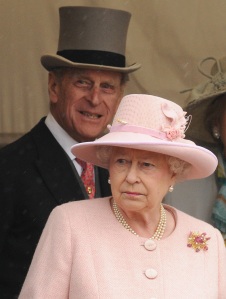 .
It’s a mug’s game, betting, unless your surname happens to be Coral, Power or Hill, yet the vast majority of us have been guilty of handing over our hard-earned readies at the drop of a (pink) hat, a nudge from a tipster or purely because the name of the horse makes us laugh. Anyone who uses the phrase “if I were a betting man…” usually is just that. Indeed I treat those who don’t bet with the same suspicion as I do vegans, teetotallers, and policemen—not to be trusted. (By extension, my mate Trev is possibly the most trustworthy person I know—just don’t bet on the same horse he’s on.)

If I were a betting man I would have walked down to the bookies and had a shilling on Susan Boyle to win BGT, Alastair Darling to lose his job as Chancellor and England to stuff Holland at cricket. Except I wouldn’t. As we know from our reading and viewing, betting on England is for the deluded or the clinically optimistic. You may as well put your money on Andrew Symons turning up for training as expect any return for your bet on our national teams prevailing over minor opposition. A mate at work (an Australian) said on Friday morning ” England vrs The Netherlands??? What’s the point in you lot playing minnows like that?” He hasn’t been over here long, young, naive, boy. 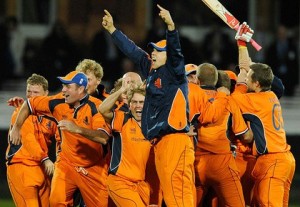 No-hopers and also-rans. But better than us.

Remember when San Marino scored within seconds of the kick-off? Or how about those “nailed-on” victories which were never to be against the Jocks at Murrayfield and Twickenham, when we only have to turn up to win the Championship ? Or when Eddo Brandes, a Zimbabwean chicken farmer, took us to the cleaners in a One Day International ? We’ve always been crap against crap opposition. Yeah yeah yeah, the Dutch played well, blah blah blah, the lesser nations are catching us up blah blah blah, 2020’s a great leveller, blah blah blah, THEY’RE DUTCH, FOR CHRIST’S SAKE!!!!! Clogs? yes. Spliffs? yes. Tulips? yes. Gay policeman? almost certainly. But CRICKET???? DO ME A FAVOUR!!!

Yes, they deserve to celebrate and deserved the win, mainly because they scored more runs than us, but FOR CHRIST’S SAKE. Why don’t we just admit we can’t play this sodding game? I don’t know why I get so upset about it because it isn’t proper cricket and should mean nowt. But it just does. The bowlers were hapless, the fielding hopeless and the batting order made as much sense as a Gordon Brown cabinet reshuffle. Rob Key coming in at six? Jesus! Open with him and make him skipper. Is it any consolation that the West Indies are, as I write this, making the Aussies look like a pub team? Well of course it is. But fuck knows what the Paks will do to us tomorrow night. We’ll be lucky to lose. Oh for a Botham, a Flintoff or even a Symons (born in Birmingham) to save us. Even if all three of them had been out on it for a fortnight (as is their wont) and were swimming in claret, they’d surely have fielded and bowled better that shower did last night.

Still, we have the certainty of our national football team doing us proud against Kazakhstan in somewhere called Almaty. Christ Almaty, what’s the point in playing minnows like that? I’ll wager ten of your English pounds we’ll put 6 past them, if I were a betting man…