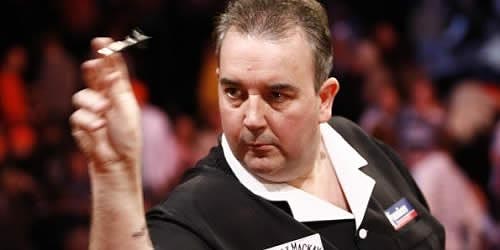 Taylor going for the treble vodka

It is, I suppose, the reason we watch sport—for the unpredictability of it all. Unless you support Man Utd or Phil “The Power” Taylor, one thing thing is for certain: nothing is for certain. One minute you’re flying high in the Premier League, or in the Drivers’ Championship, next minute you’re laying low in the bowels of The Sinclair C5 League (South), or at the back of the grid in the world’s most expensive (and dullest) procession. Newcastle United (who, by the way, still insist that they’re a big club) went the way of all things and spontaneously combusted out of the top divison with a performance as bad as I’ve seen since I last watched Charlton play . Their fans (currently a healthy second place in the Fickle Fuckers League, behind Tottenham Chutzpah) cried openly, bereft of pride or shirts, on the terraces as another in a series of Messiahs couldn’t save the bonny wee lads. 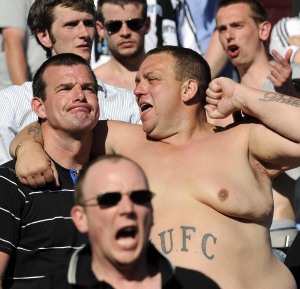 H'away, Pet. The Toon are doon>

Meanwhile, in Monaco, a bloke called Jenson (who used to be crap) won a “race”, leaving another bloke called Lewis (who used to be brilliant) in his wake in what looked like a re-enactment of shoppers trying to find a space in Sainsburys’ car park. At Wentworth, Claire Balding, or to use her stage name, Colin Montgomery, Mr-Creosoted around the last day of the PGA finishing, roughly, 137 over-par, where in years gone by you could have bet an extra shilling that he’d be lactating up the 18th fairway as he wobbled towards the Crown. The West Indies cricket team, once the world force in the game, look like my local team could give them a run for their money at the moment (though I’ll need a couple of days more til I can walk again, let alone play), and Scotland are shit at rugby. No, wait a minute, that’s always been the case.

Am I, I hear you thinking, about to launch into a rant that sport is cyclical and that my beloved Charlton Athletic will soon, once again, be amongst the big boys? No. Not a chance. Charlton have plummeted so low that even the local MP has disowned them. No, like a decent Nicolas Cage movie or a solid stool, CAFC as a footballing force are but a distant memory. 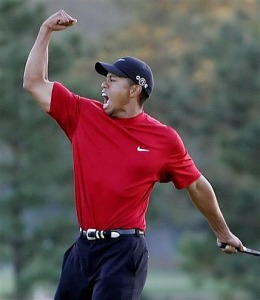 The Aussies cricketers are here and appear to be in that “transition period” which journos love so much, whereas Team England are being talked up like an Minister’s Mortgage claim. Are we really all set to give they guys from Down Under what for? Alas I doubt it. Whatever has been discussed above, sporting excellence very, very rarely disappears quite so quickly, more often than not it’s a slow process of decline. Steve Williams, Tiger Wood’s caddy, when asked if his boss would be a dominant after he recovered from knee surgery replied that they “haven’t operated on his heart or his head”. Nuff said. I suppose if Tiger falls foul to as many injuries as, say, Johnny Wilkinson or Andrew Flintoff then he might end up texas scrambling around Dog Shit Park with Monty, Sandy and Jack, but this leading light is along way from being snuffed out. 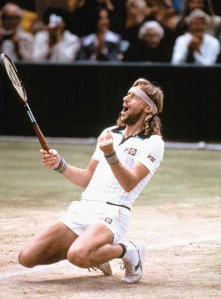 It’s truly sad when you watch sporting brilliance diminish through the process of age, injury or abuse. Michael Owen has been well past his sell-by date for years, Gazza, had he been handled properly, would surely have had much much more to give, and who knows if we’ve seen the best of Freddie? Let’s hope not. Whoever a “great” plays for, sport needs true class on or in the field. Perhaps that’s it, then? We cheer our own favourites through thick and thin, but the real viewing comes when the masters take the stage, and we secretly want to be enthralled by their art and skill, even if it means them giving own boys a damn good thrashing. The Tigers and the Golden Bears, the Utds and the Juves, Borgs and the Bothams, the Zidanes and Zinzans. Some of us, nay most of us never had what it takes to become a legend and can only sit in our collective underpants in front to the telly and watch in awe. Others kid themselves that, as they were in the same changing room, they were in the same class. They clearly were not.

So if your team was relegated this weekend, or your favourites have lost all form, they might be back, they might not. But they probably deserve all they got. They’re not good enough. So put your shirt back on, for Christ’s sake—you’re a fat, boozed-up, grown-up man. Stop crying and come and dine with us lesser mortals at the lower table. Yours ain’t a big club no more. And, in my memory, it never really was. 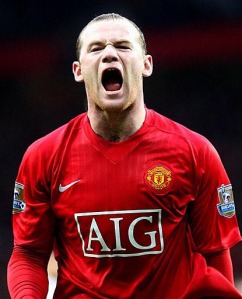 2 thoughts on “When the Boat Goes Out”