A poll (why??) released today lists the nation’s favourite ‘pop’ songs played at funerals. Seems to me, if you discount the No1, that my funeral would be the perfect time to play these to me, as I would be unlikely to get up and kick the buggery out of the sound system:

In his will Peter Sellars famously requested the Glen Miller‘s In the Mood be played at his funeral. The tune was loathed by Sellars and sent Milligan, Secombe et al into fits of laughter, knowing that it was the one time it would be played when he couldn’t hear it. Like most of us, I’ve often mused about what tunes I’d like not to hear at the celebration of my termination. Elvis’s Old Shep is right up there, Terry Jacks’ Seasons in the Sun too (“Goodbye papa, it’s hard to die” has always been a fave line of mine). 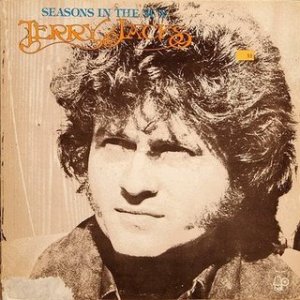 Neither of these are on my list cos I don’t want to hear them ever again, just cos they’re so bad it may encourage a few of those gathered to join me in my box. I may prematurely throw a seven if I have to listen to the Scouse tones of You’ll Never Walk Alone ever again. I suspect it won’t be too long before the Bish of Liv dusts off his cassock in remembrance of the fallen. I wish Gerry’s Pacemaker would go on the Fritz.

But before I am planted six-foot Down Down, Deeper and Down, I’d like to draw your attention to the very sad demise of Clement Freud: Cook, Liberal MP, Dog-Food Advertiser, Bon Viveur, Wit and All-Round Good Egg. The grandson of the great shrink, brother of a bohemian artist. Funny as Fuck. Those of you (photographers, probably) who never listened to him on Radio 4 missed a real treat, and it is for that type I relate just one of Clement’s stories, as re-told by Stephen Fry this morning, of his MPs junket to China a while ago, on which he travelled with Winston Churchill (the Tory MP of the 1980’s—not the war leader). In China, apparently, one is rewarded for politeness and kind acts as well as revered for achievement. When Freud noticed that his hotel room was rather smaller Winstons, he asked if it was because Churchill’s party was in power in the UK and the Liberals were not? The answer came “No, No! It is because he has a famous Grandfather”. Freud noted that it was the only time he’d ever been out-grandfathered.